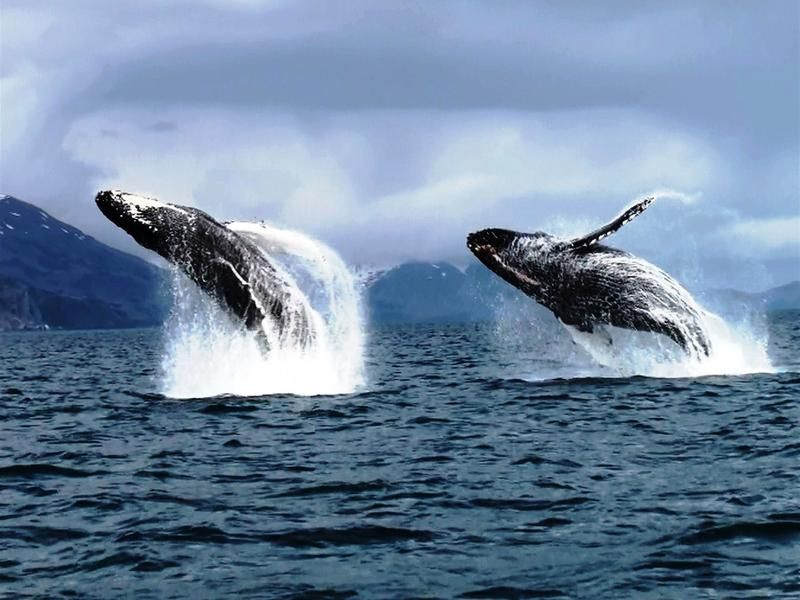 Of Land & Sea
Up Close With Whales The Size Of School Buses
Jason Duke grew up on a farm thirty miles south of Dallas, so it surprised no one when he earned a rodeo scholarship to New Mexico State University before he pursued a master’s degree in agricultural economics at Oklahoma State. After graduation, and somewhat out of the blue, Duke took a seasonal job in the Caribbean, but 6 months turned into 6 years as he fell in love with the open waters and ocean breeze. Deckhands he knew who had summered in Juneau before convinced Duke to pack his bags and venture north. He hasn’t looked back.
Ever since, Duke has followed whales. During the summer months in Juneau, he works as the lead boat captain for Juneau Tours. From May to September, he charters boats out to the waters of Auke Bay, where humpback and orca whales feed in the cool, nutrient-rich waters. In Juneau, you are most likely to spot whales anywhere from inside the Auke harbor up to fifteen miles away, but Duke’s favorite spot to catch a whale sighting is Stephens Passage, on the far side of Douglas Island.
Many people that Duke meets are tourists that visit in the summer. Whether Juneau is the final destination or one of many stops on a cruise ship, travelers are able to experience the beauty of these majestic creatures up close. 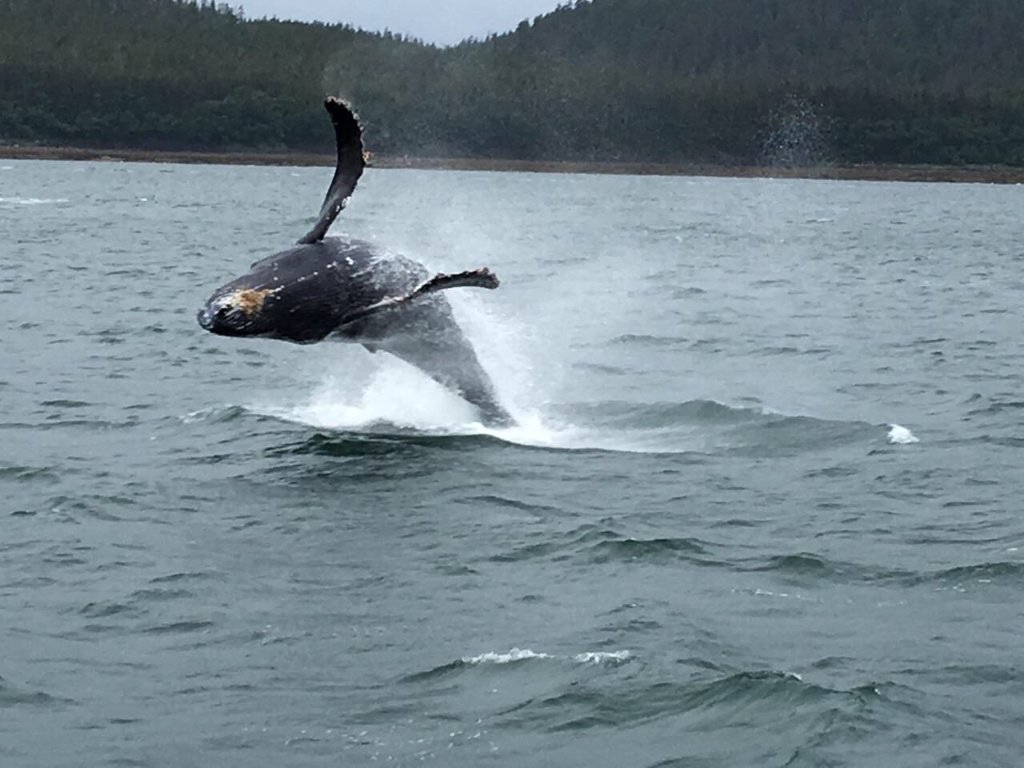 Whale Watching Experience
Tours begin with a twenty minute bus ride to Auke Bay, where guests hear historical stories of the town’s lawless past during the gold rush. When the bus arrives, Jason Duke and the boat’s naturalists, specially-trained whale guides, welcome visitors aboard one of their 5 boats, including Duke’s Chilkat, and they depart the harbor ready to encounter the whales that migrate to Southeast Alaska to feed every summer. You’ll be able to spot them when they rise to the surface for air. Make sure you bring your camera!
One of Duke’s favorite guests was Margie, who traveled from Georgia to catch a glimpse of a whale, her life dream. As Duke explains, "the whales are the size of the school bus that the guests just came off of. You don’t realize how big these animals are until you get a close encounter.”
Responsible Whale Watching
Duke enjoys whale watching, but he stresses how important it is to avoid impeding the whale’s migratory patterns. The boat is required to stay at least 100 yards from the animals. Because humpbacks are mammals, they come to the surface to breathe every 5-10 minutes and, with a body of 40 to 45 feet in length, it is easy to spot their flukes, flippers, or tails from a distance. However, if the whales become intrigued by the boat and swim closer, the boat must shift to neutral or completely shut off its engine. That’s when guests are able to experience close encounters.
If you want to go whale watching in Juneau, here are a few of our favorite options, and you can book directly online:
(1) Juneau Tours
(2) Moore Charters, owned and operated by Grantley Moore
(3) Alaska Sea to Shore, owned and operated by Renee Warr (*special island stop included)
(4) Rum Runner Charters, owned and operated by Chris Conder
Humpback Whales
Humpback whales are migratory beings, breeding and calving predominantly near Hawaii (with a few traveling to Mexico) in the winter before embarking on a 2,800-mile journey to Alaska in the summer where they feed on very small shrimp-like invertebrates called zooplankton, which are plentiful in Alaskan waters. Humpback whales have no teeth and eat by filtering food through baleen plates attached to their upper jaw. A whale’s mouth can hold up to 15,000 gallons of water, which is strained out through 400 baleen plates, leaving a mouthful of freshly caught prey. During the feeding season, whales will feast 22 to 23 hours a day and eat up to a thousands pounds of food. This food is stored as blubber (fat) and helps the whales survive the return trip south in October.
Humpback whales travel in temporary pods of 2 to 15, and many return to the same Alaskan feeding grounds each year. It is estimated that between 3,000 and 5,000 humpback whales return to Southeast Alaska every summer.
Orca Whales
Orca whales, known as killer whales, are actually not whales at all, but part of the dolphin family. They are smaller,with a body of up to 30 feet, and easily identified by their pointed dorsal fins (up to 6 feet tall) and black and white bodies with a white patch behind the eyes. Orca whales are social and travel in matrilineal family groups called pods of 10 to 30 whales. The pod is like a close-knit family that eats together, plays together, and even speaks its own dialect, different from other orca pods. Many orcas will stay with the same pod their entire life.
Southeast Alaska is home to both resident and transient orca populations that love coastal areas with cooler water temperatures. Transient populations can travel up to 100 miles per day, making them more difficult to spot. Due to their complex migratory patterns and global habitat, orca whales have evolved into magnificent hunters. Orcas hunt in packs using echolocation and have been known to eat a varied diet including salmon, squid, seals, penguins, dolphins, great white sharks, and even the largest mammal ever to have lived, the blue whale.
Bubble-Netting: A Rare Treat For Both Man and Whale
If you plan your trip in July, you may witness a rare phenomenon known as bubble-netting, a new and specialized feeding technique unique to Southeast Alaska humpbacks and regularly practiced by only about 60 whales in the area. It involves a coordinated effort of encircling schools of fish and using bubbles to trap prey. Duke recalls one moment in particular when he saw 17 humpback whales bubble-netting in Juneau. Led by a female, humpback whales begin to work together by swimming in a shrinking circle and blowing bubbles below a school of herring. Simultaneously, the whales begin to sing, which agitates the bladder of the fish. The combination forces the fish upward. The whales then shoot up to more than ten feet past the surface through the middle of the circle with their mouths wide open, catching thousands of fish at once. 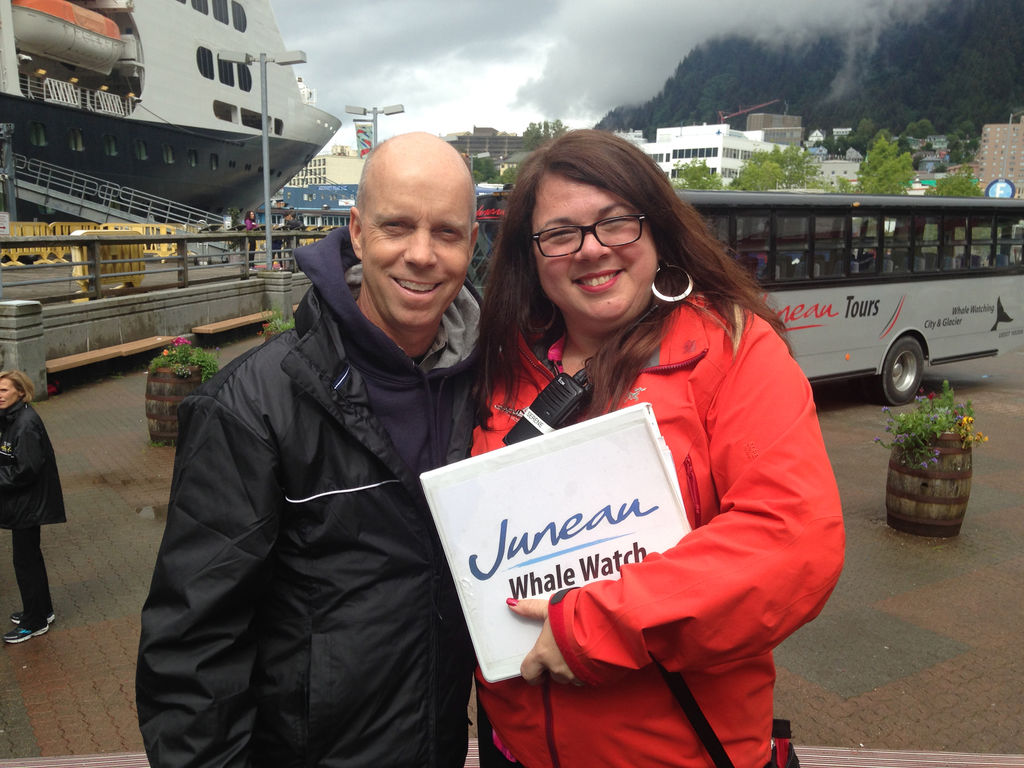 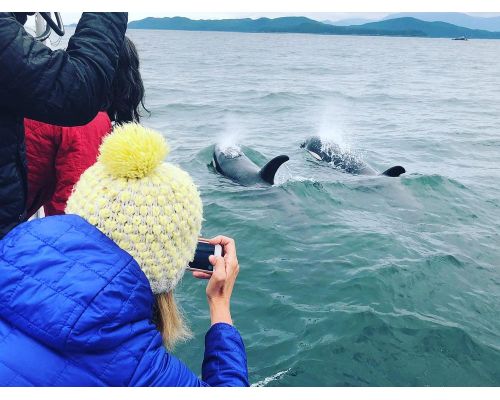 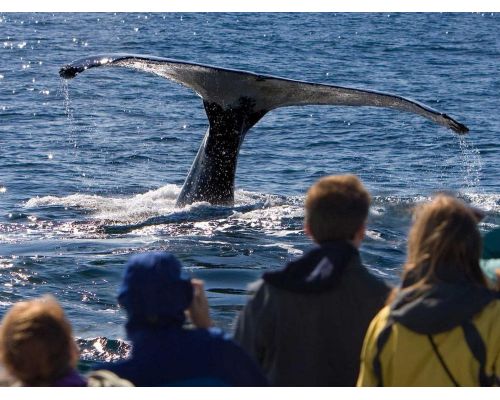 $145 per adult  Free under 3 years old children 5% Juneau city tax is added to the price of this tour during checkout. About us In its 15th y... 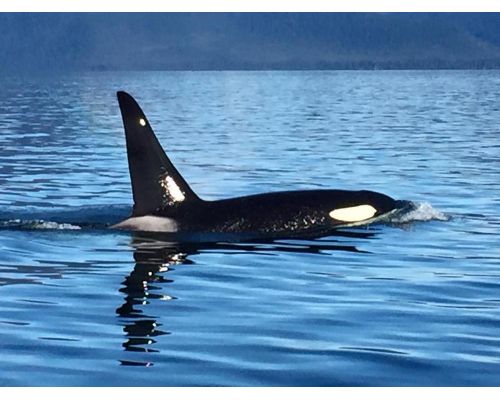 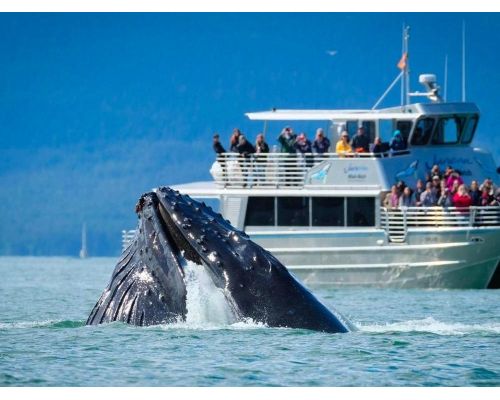 $115 per adult  Free under 3 years old children 5% Juneau city tax is added to the price of this tour during checkout. About us In its 15th y... 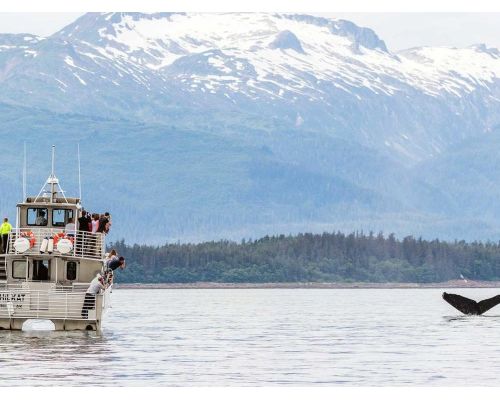 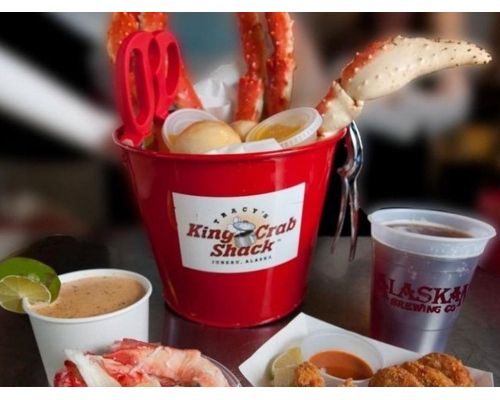