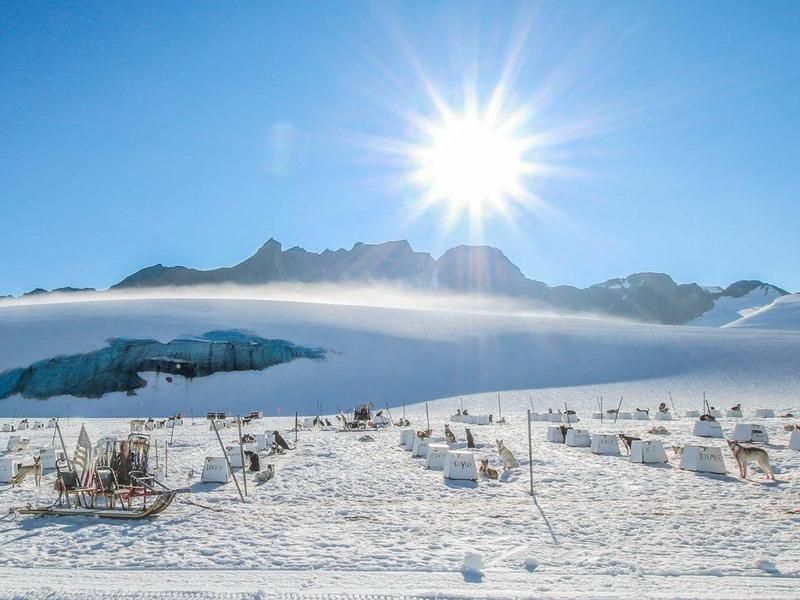 Top Activities & Things To Do

Matt Hall is a musher’s musher.
Mushing, the art of driving dogs for up to 1,000 miles with temperatures that sometimes reach -50 Fahrenheit has been part of Hall’s life since he grew up around sled dogs in Eagle, Alaska, a small town of less than 100 people along the south bank of the Yukon River. Eagle is a checkpoint for the Yukon Quest sled dog race.
As a professional musher, Hall was winner of the Copper Basin 300, a roughly circular route beginning and ending in Glenallen in 2013 and 2016 as well as the ultimate challenge, Yukon Quest, a 1,000-mile race between Fairbanks, Alaska and Whitehorse, Canada, in 2017.
The Yukon Quest was grueling, but Hall said conditions were good for his win.
"Overall it was a good trail because we had a trail open the whole time,” he said. "Sometimes snow closes the trail, but we didn’t have any of that. The toughest part was the cold. It was 50 below, and 700 miles into the race is pretty draining on the dogs and you. Camping on the trail is no fun.”
Choosing dogs for a race like the Yukon Quest, is a matter of the dogs’ personalities, especially for the lead dog.
"For a lead dog you’re looking for drive and attitude,” he said, adding that the dogs used for racing are usually about one year old, "but every once in awhile you’ll be surprised and have a three-year-old dog on the team.
"You can usually tell whether they’ll be good when they’re young,” Hall said. "Sometimes you can tell even before they’re in harness. There’s always a pup that’s always out front.”
He said that when choosing dogs for a race, gait is important, as is the thickness of the dog’s coat. "You’re looking for smooth trotters,” he said. Hall’s "main guy” for Yukon Quest was "Anchor,” who ran as lead dog.
Hall lives on the Denver and Mendenhall glaciers and leads tours for his company, Alaska Icefield Expeditions, during the summer, but mushing is a full-time, year-round job. He starts training with his dogs in early September with six-mile runs that last a few hours. But after a short time, the training becomes more intense. 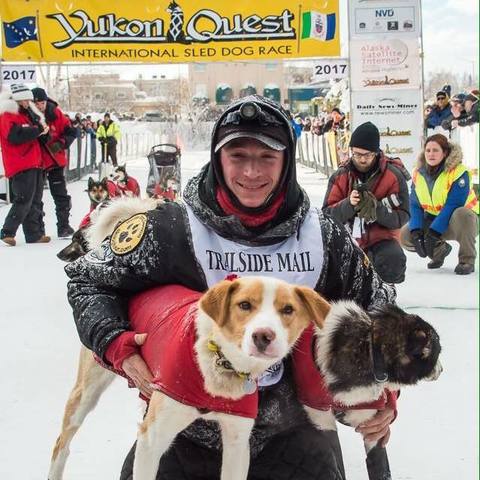 Matt Hall with his dogs after Winning the Yukon Quest 2016
Matt Hall
"As training goes on, especially in November, you’re going out for runs of 50 to 60 miles every day,” he said. "You run your dogs every day. It just builds up. It gets very stressful when race time comes. You’ve spent thousands and thousands of hours working for it.”
"A lot of it’s mental, but you definitely have to be very physically fit, too. I’ve been jogging and building my upper body endurance. In general, life with the dogs keeps you fit enough to withstand a thousand-mile race. But mostly, you have to deal with sleep deprivation. You can’t train for that. But it’s tough keeping up your motivation to get up out of a snowbank when you’ve only slept two hours a night for a week. It gets to the point where you think, ‘why am I doing this?’”
As for sleep, there isn’t much during a race. The pace is grueling.
"It varies a lot based on the musher’s speed,” said Hall, who finished the Yukon Trail in 10 days, 1 hour and 7 minutes. "On average you’re going to run just a little more than you rest. The average is to run about six hours, rest four. That’s the safe average for mushers. When you’re resting you spend a solid two hours doing things like taking booties off the dogs before they freeze to their feet. Then you have to lay down straw for the dogs to sleep.”
"You don’t get a lot of time for yourself, but you have to check every one of your digits, make sure nothing has been rubbing your shoulders, check for wrist rub. Then I lean up against the dog sled, nap for about 45 minutes or so. Then I get up and race again.”
Hall also has to dress for the conditions. Most of his gear, outside of his Canada-goose parka, is pretty light, he said. "You always have to be conscious of the weight,” he explained. "Your weight can hinder you a bit.”
He added that the biggest hazard of racing is getting wet with sweat. You cannot let yourself sweat out there, he said. Since 40 percent of body heat is lost through the head, he said he occasionally has to take off his face mask and his hat in order to stay cool, although he does wear a headband to protect his ears.
So it’s not always about bundling up.
"This winter during the Yukon Quest on Eagle Summit, I took everything off, even my bibs, and was wearing basically thermals with a cotton hoodie,” he said. "I was wearing what you would wear around town on a cloudy day.”
Eagle Summit is about 100 miles to the finish line in Fairbanks, he said, and by the time he reached that point he was pretty sure he had won the race.
"But I didn’t really know I’d won it until my dogs were past home in Two Rivers, about 40 miles before the finish line,” he said. "I had a pretty big lead.”
Hall is currently training for the Iditarod, the 1,000-mile race between Seward and Nome, Alaska. For Hall, the Iditarod is nothing special.
"The Iditarod is just another race,” he said. "There is no special training, nothing different you have to prepare for, except that you’re running in conditions with open terrain, wind and nothingness as far as you can see is something the dogs have to get used to.”
"I’m going to truck the dogs to some open country so that they can find out what it’s like with no trees, just open terrain. You have to make sure to bring your sunglasses because of the glare of the snow.” 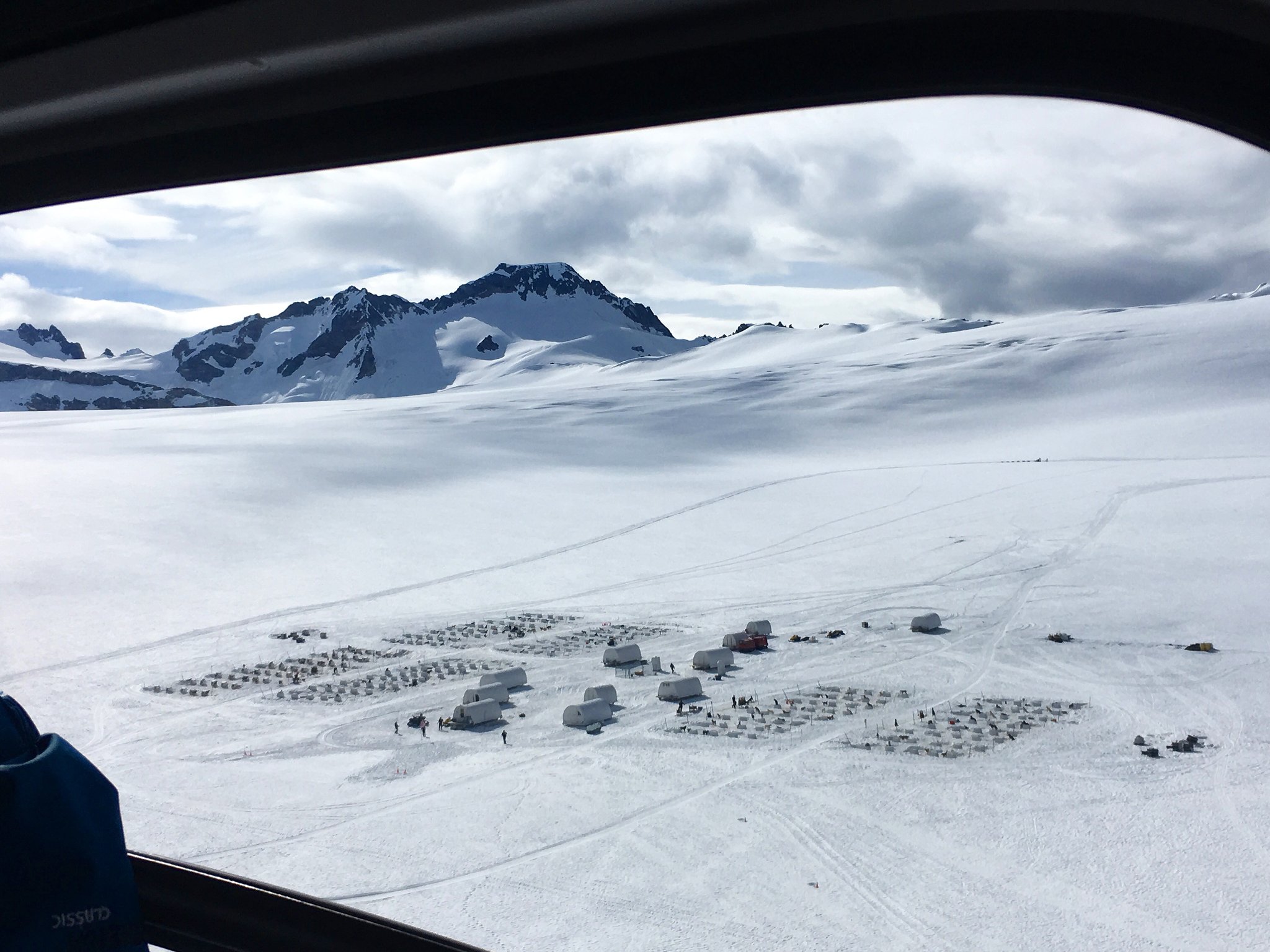 Matt Hall Temsco Helicopter to Musher's Camp on Denver Glacier
Hall, who has been living in a yurt on the Denver Glacier, about three or four miles outside of Skagway by helicopter, for the past 16 summers, says life on the glacier is much more hospitable than you might think.
If you want to go dog mushing on your next visit to Skagway or Juneau, you should check out Temsco Helicopters tours and book online early, as trips tend to sell out.

"It’s pretty nice,” he said. "We live in a glorified tent, but it’s not what you think it would be. As long as you’re OK with not having a phone or internet and showering only once a week it’s OK. From the outside it looks like a tent. On the inside it looks like a home. It’s pretty cozy.”
"Fifteen or sixteen people live up live there. There’s a cook and the company gives you everything you want.”
And, of course, there are the dogs. He and partner Amanda Brooks own 37 of them. There are no favorites, he said. Or are there?
"Oh, we always try to deny it and say they’re all our favorites,” Hall said. "But you always have a better connection with your lead dogs. Your lead dogs probably trust you more. That kind of makes them your favorite.
"For me, it’s ‘Keeper.’ He’s my original dog. He’s retired from racing but he’s still hauling water up to the camps.”
For Hall, nothing could be better than being a musher.
"Being a dog owner and having a bunch of furry friends, being on my own and having a situation where you get paid to handle dogs, you can’t beat that.”
To read more about Matt Hall, check out this interview about training for the Yukon Quest. 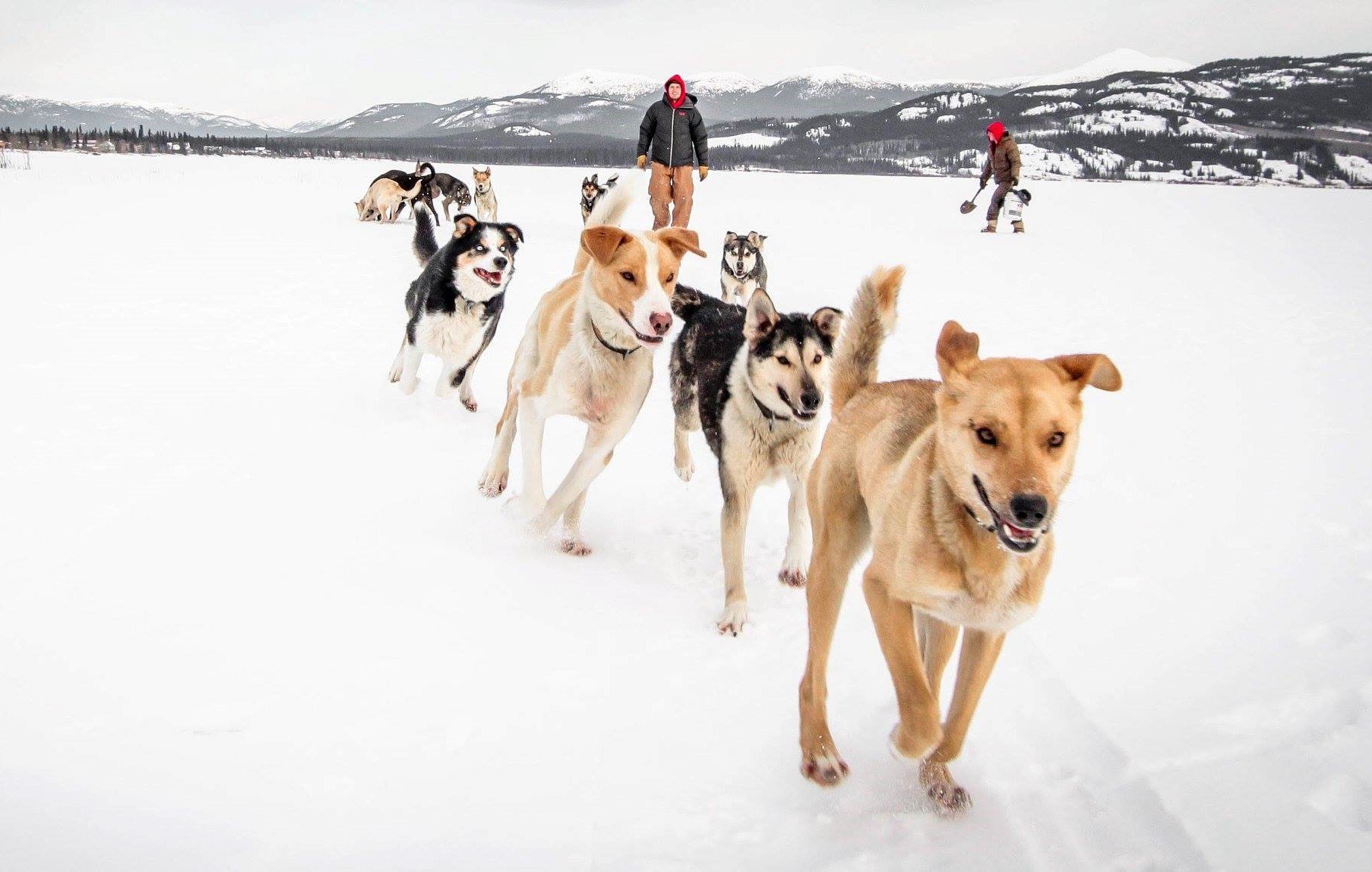 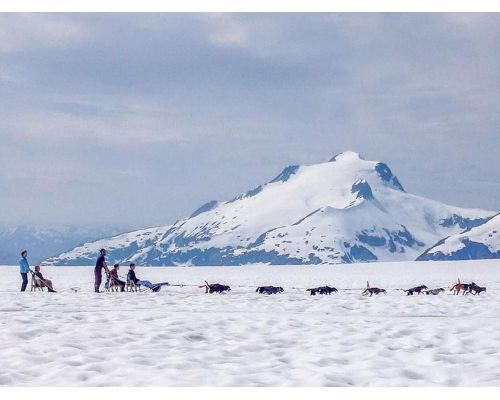 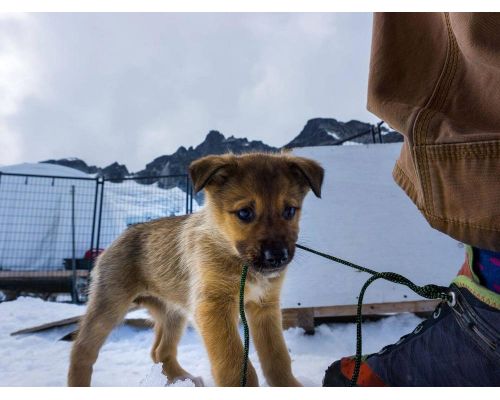 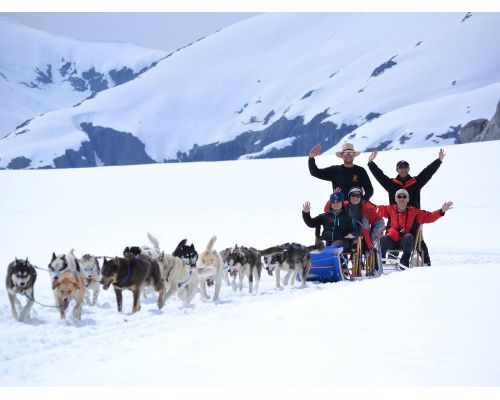