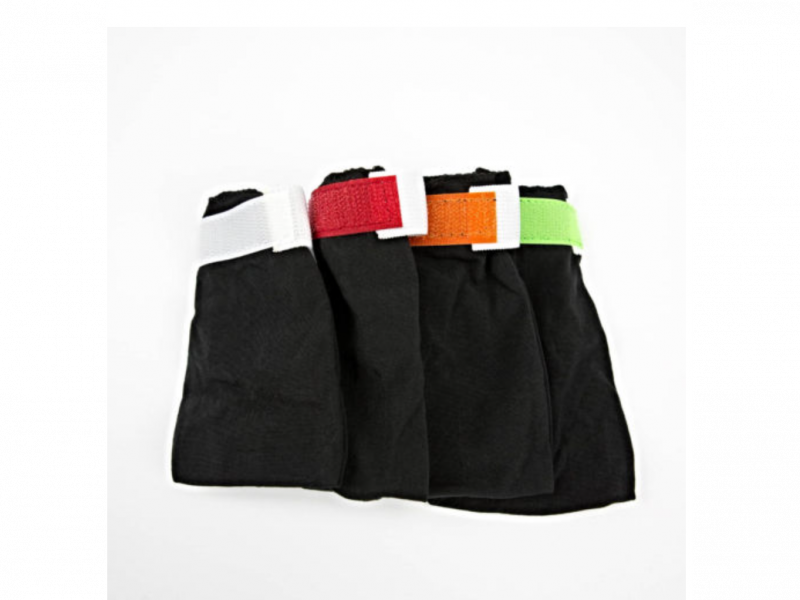 Keep your paws protected from the harsh frozen snow or the blistering pavement heat with these easy-on velcro dog booties.

Our dog booties are made of Dupont 330d, a fabric made in the USA. Our booties are black in color, feature a dense weave, and are uniform in both quality and sizing. These booties are not waterproof, they are designed to protect the dog’s pad from elements including snow pack and salt.

The stretch Velcro closure straps are tabbed, or burned at the loose end for easy removal. The top edge of the bootie material is lock stitched to prevent unraveling of the material. The seams are also lock stitched and reinforced. The toe area is slightly tapered to reduce flop. Booties are turned right side out and are ready to use.

Dog bootie sizes are color coded by the Velcro patch sewn to the body of the bootie.