Local Owners
The Truth About The Ghost At The Golden North Hotel
Albecker, owner of Granny's Gold Rush Gallery, a matting and framing shop on State Street in Skagway, is a local denizen whose great-grandparents George and Bessie Dedman came to Skagway in 1898, two days after the legendary Jefferson Randolph "Soapy” Smith II was shot and killed on July 8.
If the name Soapy Smith doesn’t ring a bell for those outside of Skagway, Smith was an accomplished 19th century con artist who owned saloons and gambling houses across the west. He came to Skagway during the Gold Rush and set up shop. Considered the crime boss of the Old West, his nickname was the result of the "prize soap racket,” in which he pitched the wonders of his special soap and swindled his customers into thinking they would win cash prizes by buying the detergent.
Smith was ultimately shot and killed in Skagway by a member of a vigilante committee after a shoot-out during which he tried to persuade the angry mob that he was no harm to the community.
"He came to Skagway for the same reason everybody else came here,” Albecker said. "There were stories of gold in the Klondike and they came up because they thought there was gold in the streets. Some stopped in Skagway and decided it was a good place to stop. He kind of took over Skagway.”
Among Smith’s scams was a "telegraph” service with wires that ran as far as the walls of his office. According to Collier’s Weekly, telegraph lines did not exist in Skagway until after his death. 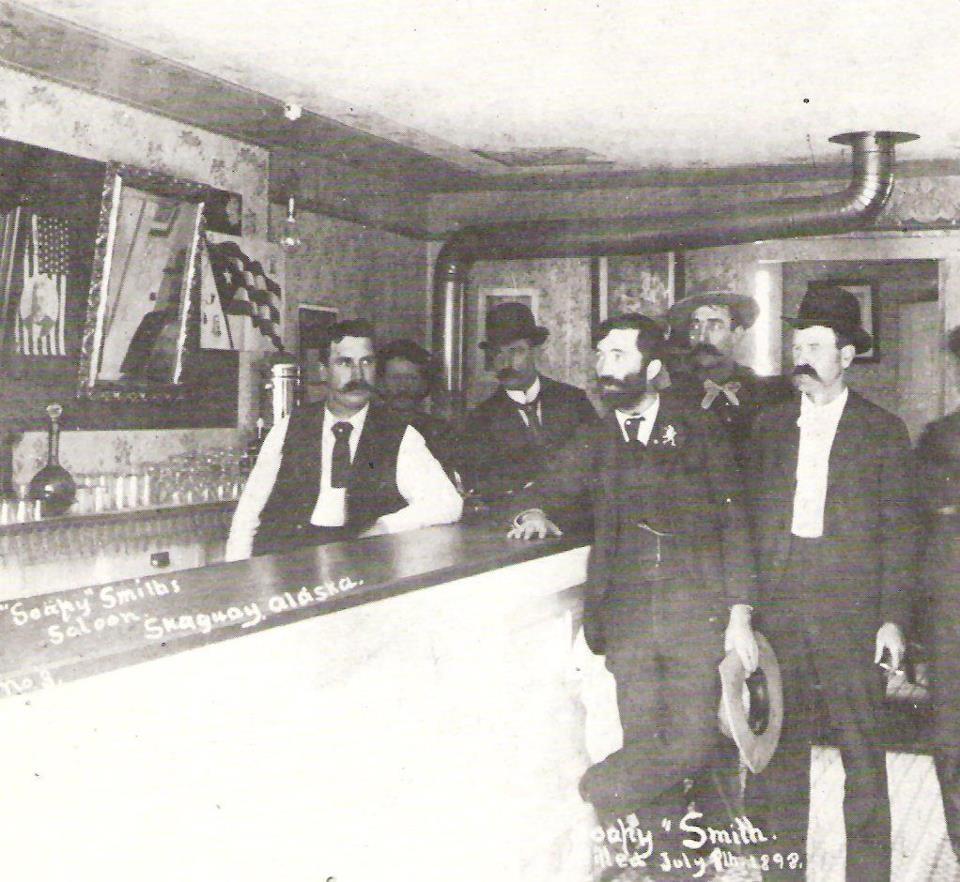 Albecker’s own history is as much a part of Skagway as Smith’s, although, she said, "I don’t know how colorful it is.” She rejected the notion of being the town’s historian, "but what I do know, I know” about the town. She and her family are indeed as much a part of the Skagway story as the Gold Rush.
Albecker explained that an economic depression in the U.S., combined with news of gold strikes in Dawson City and access to the Chilkoot Trail via Dyea, Skagway’s sister city, created a rush to Alaska, especially Skagway, that lured her great-grandparents to the area.
"Skagway was a deep water port, open year-round with excellent port facilities,” she said. "When the first gold strike hit in Dawson, Skagway had the best port, so people began drifting in. It was the easiest way to get to the Chilkoot Trail and Dawson City.” That is, if you consider hiking a 33-mile trail back and forth over the Chilkoot Pass easy.
Dawson City, which is located about 400 miles from Skagway, was the center of the 1896 gold rush. By 1898 about 100,000 prospectors headed for Dawson City, and about 30,000 actually made it. When the rush ended around the turn of the century most had left town. Today its population is about 1,300.
Albecker’s great-grandparents came to Skagway as part of the Gold Rush because they couldn’t find jobs in the lower 48 states. For a time they operated a laundromat, and in 1907 they opened The Golden North Hotel in Skagway, but "my grandmother didn’t want to wait tables or be a chambermaid, so she opened a photo shop and did matting and framing. She also did quick shoots for the cruise ships.”
The domed hotel was originally a mercantile building during the Gold Rush. It was moved to its current location on State Street — it was then a two-story building and was transported on rollers — to Broadway Street in 1908. Albecker explained that the building was then jacked up and a third floor was built on the ground level, leaving the dome intact.
To increase business, Albecker said, the family who owned the hotel decided in the late 1960s to say the place was haunted. Details of the haunting are murky, but according to Albecker the story went that a woman died in the hotel after coming to Skagway to meet up with her fiance during the Gold Rush. The ghost, known as "Mary” or "Scary Mary” supposedly haunts the hotel’s third-floor dome. 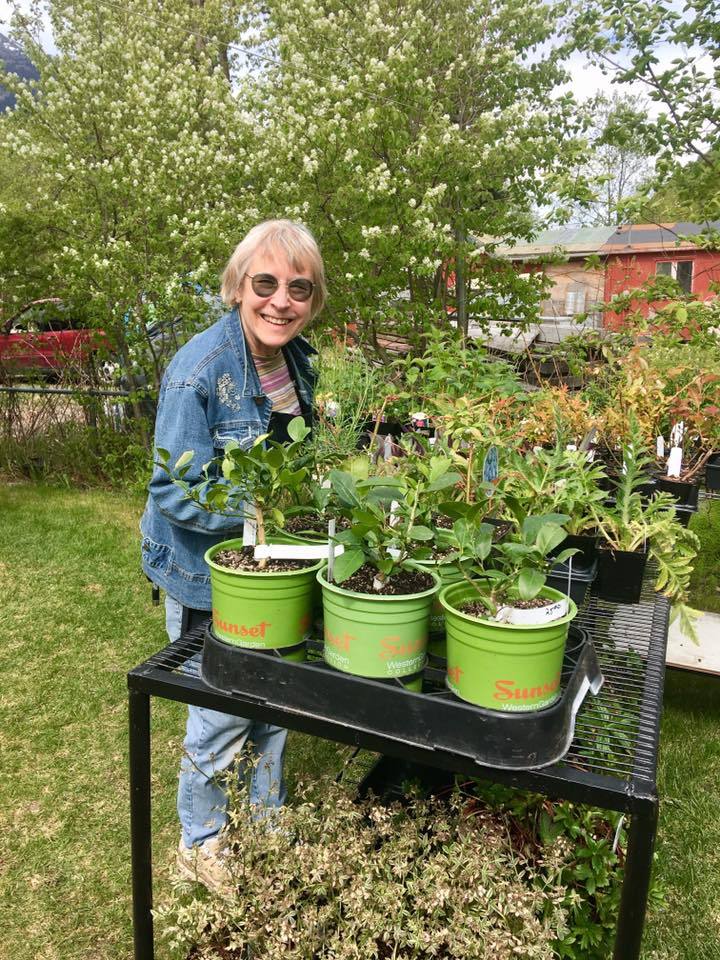 "They even had a seance to prove her presence and blah, blah, blah,” said a skeptical Albecker, who explained that the owner, Ruth Apgar, borrowed Albecker’s wedding dress to stage photos of the "ghost.”
"Other than the fact that it wasn’t a hotel, it didn’t have a third floor and it didn’t happen during the Gold Rush, it made a good story,” she said. "But there are people who want to believe it. They would swear on a stack of Bibles that they’ve seen her.”
Meanwhile, Albecker has other reminiscences of early Skagway — one year during high school the winter was especially cold, cold to the point where planes couldn’t fly and the freighters that delivered goods to Skagway couldn’t make it through the icy port. She said the freighter "Clifford Rogers” usually brought groceries to Skagway once a month but couldn’t make the trip. Worse yet, Christmas was a week late.
"When I was in high school we had a nasty, bitter cold winter,” Albecker said. "The planes couldn’t fly and there was no ferry service. The Coast Guard had to bring the Christmas mail a week later.”
As for present-day Skagway, the residents are generally an individualistic lot, she said, making for an interesting culture.
"There are those who aren’t real people-oriented,” she said. "But they have to make a living here for five months to live here in the winter, so we have to get along. People like the scene in Skagway. Even the people you hate you see regularly. It’s like an overgrown family. But if something goes wrong, everybody chips in.”