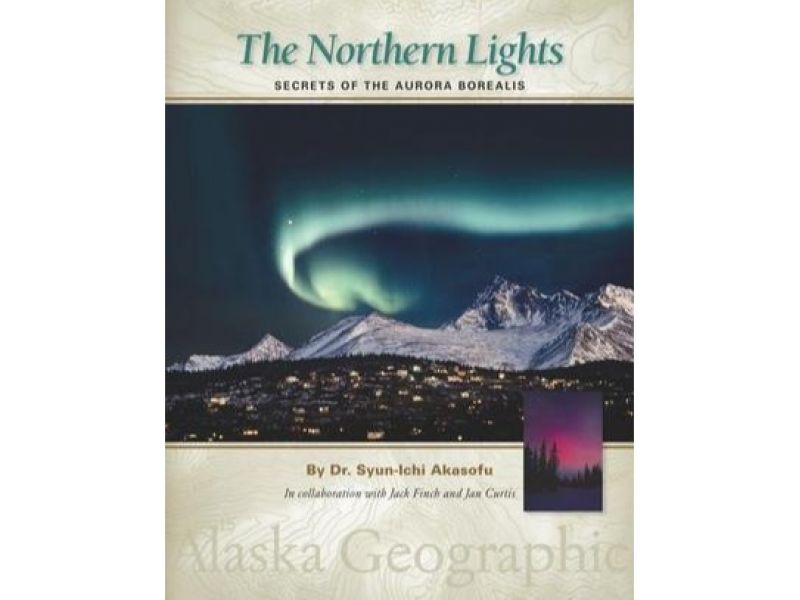 The Northern Lights: Secrets Of The Aurora Borealis Book

The Northern Lights: Secrets of the Aurora Borealis presents the most up-to-date information on science, history, and mythology behind the magical light of the aurora. Illustrated throughout with stunning photographs, woodcuts depicting the wonder of the ancients, plus explanatory diagrams, charts, and satellite photographs, this books offers a crucial guide for serious aurora watchers and casual sky gazers alike.

Since ancient times, mankind's fascination with the awe-inspiring aurora has been reflected in legends and journals. Yet it wasn't until 1905 that researchers first began to understand the science behind the northern lights. In the last one hundred years, scientists have learned much more, but they still don't have all the answers.

Dr. Akasofu explains the solar-driven electromagnetic forces that produce the phenomenon, concisely sums up the state of auroral science today, and ponders aspects of the aurora still not understood. Secrets of the Aurora Borealis tracks the evolution of auroral research and presents peoples fearful and poetic reactions to the lights, as well as early northern explorers awe-inspired descriptions.

By Dr. Syun-Ichi Akasofu in collaboration with Jack Finch and Jan Curtis.

Dr. Syun-Ichi Akasofu, founding director of the International Arctic Research Center (IARC) in Fairbanks, is one of a handful of distinguished experts on the aurora. In this issue of ALASKA GEOGRAPHIC Dr. Akasofu brings to life myths and facts about the northern lights based on years of intense research.

Photographers Jack Finch and Jan Curtis have worked closely with Dr. Akasofu to produce aurora images and gather data. Jack Finch lives in Fairbanks. Many of his aurora photos supplement the website at the University of Alaska Fairbanks Geophysical Institute (GI). Jan Curtis is a former staff member of the GI. His aurora images have appeared in numerous books, magazines, and articles. He is currently the state climatologist for Wyoming.

Alaska Geographic is an award-winning series that presents the people, places, and wonders of Alaska to the world. Over the past 30 years, Alaska Geographic has earned its reputation as the publication for those who love Alaska. The series boasts more than 100 books to date, featuring communities from Barrow to Ketchikan, animals from bears to dinosaurs, history from the Russian explorers to today, and natural phenomena from the aurora to glaciers. Written by leading experts in their fields, these books are illustrated throughout with world-class photography and include colorful maps for reference.