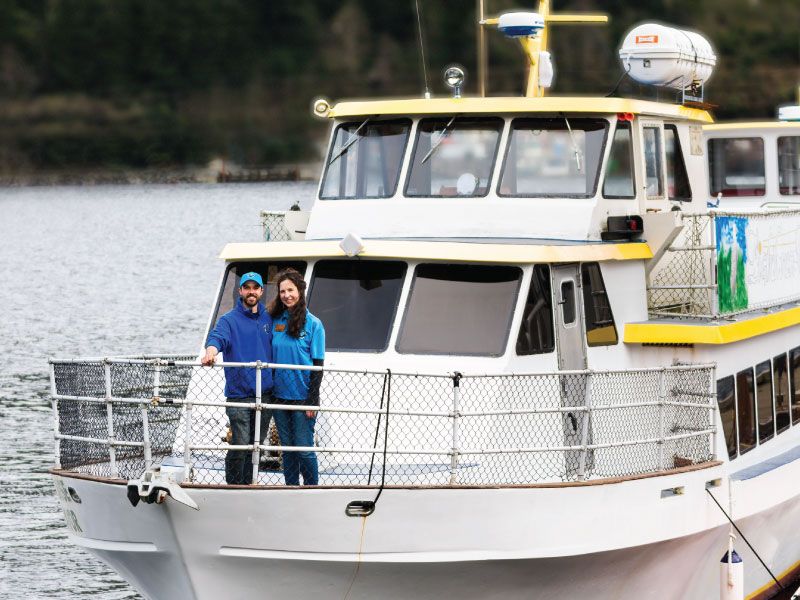 Into The Wild
Lighthouse, Totems & Eagles Excursion Offers So Much More Than A Scripted "Song and Dance"
There is something magical about a trip on Ketchikan’s Lighthouse, Totems, and Eagles Excursion.
Something different.
Maybe it’s that first sight of an American bald eagle, perched on a Sitka spruce or a Western hemlock, the majestic beauty of its flight, and the awe in seeing its nearly 8-foot wing span as it soars immediately overhead.
Or it might be the quietude of the protected water, the misty morning view of a local home peeking through the trees on its very own island, and finding inspiration for a remote Alaskan life, surrounded by the beauty of the natural world.
Maybe it’s seeing the stunning art embodied in the totem poles and clan house at Totem Bight State Park, the afternoon light illuminating the elaborate carvings, calling to mind an earlier, different time.
Perhaps it’s watching the pigeon guillemots dip and dive around Guard Island Lighthouse, and the harbor seals playing on the exposed rocks at low tide.
Or it could be seeing the old-growth forest of the Tongass and joining your captain in imagining that same coastline was just as Captain Vancouver and the crew of the Endeavor first saw it: pristine, wild, uninhabited.
But then again, maybe it’s simply the feeling of being at home with the crew on board the 60-foot vessels, the way they strive to treat each individual not simply as a tourist, but as their neighbor and friend. Each boat holds only around 40 passengers.
"It’s the human aspect that I love most,” said Captain Jeff Karlson, who is both the owner of Lighthouse Excursions and one of the Lighthouse, Totems, and Eagles Excursion’s boat captains. "The best part of the tour is always the interaction with the people, the travelers, many of whom are coming to Alaska for the first time.” 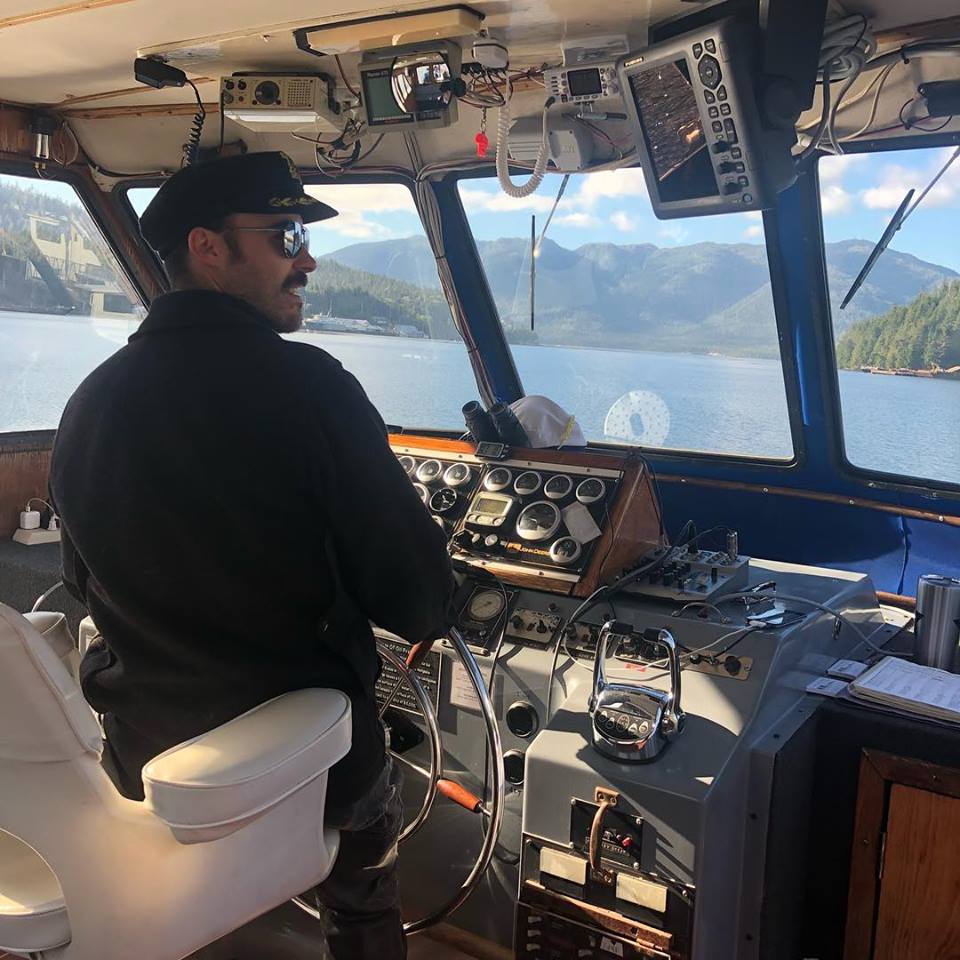 "Our deck hands are also skilled at customer service,” said Rebekka Esbjornson, who is the company’s Shore Operations Manager. "They actually get to know the people who are with us. We’re not a canned tour. We’re not just a song and dance routine. We want our crew to be authentic, to be who they are. We want guests to leave our tour feeling like they know us, or even that we know them. We want them to feel like they’re part of our community.”
Esbjornson added that the sights available to passengers during the excursion are remarkable in their diversity. Not only do they see the lighthouse, totems, and eagles promised on the tour, guests also have the chance to see seals, sea lions, blue heron, pigeon guillemots and other seabirds, humpback and orca whales, and sometimes even deer or black bears. And, with Ketchikan being a water-oriented community, they may even cross paths with fishing boats, float planes, kayaks, zodiacs or other small vessels traversing their "marine highway.” On one occasion, they even watched a local captain pull a halibut into her skiff while out in the middle of the channel. 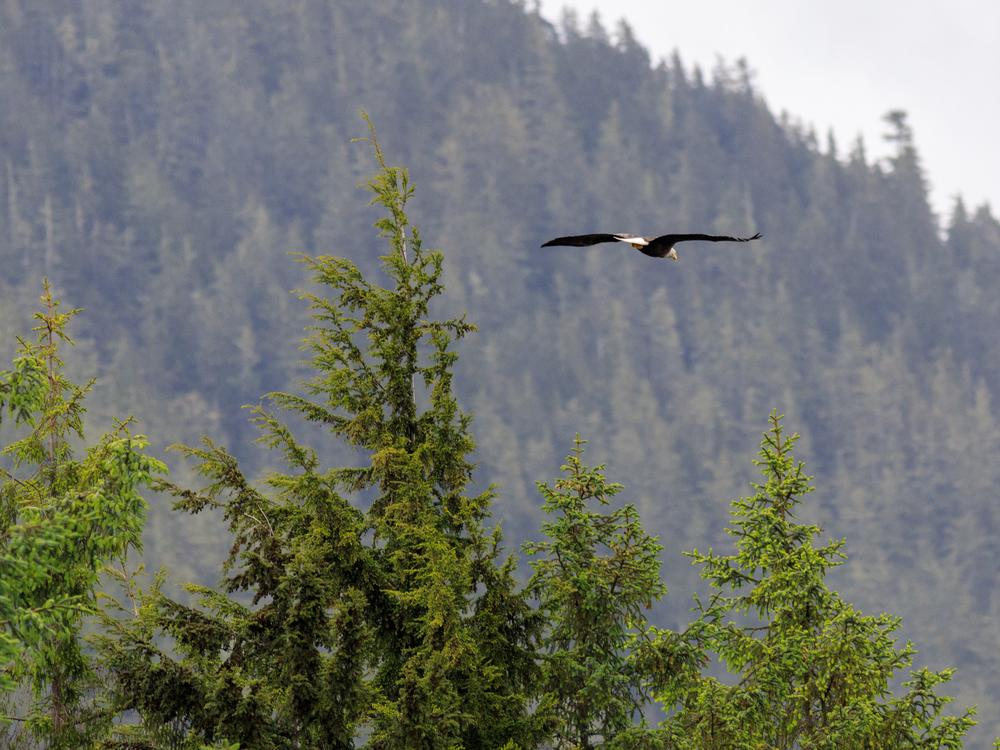 Lighthouse Excursions was founded in 2001 by Captain Rob & Pamela Holston to run the Lighthouse, Totems, and Eagles Excursion. At the time, Karlson and his twin sister were 12 years old. Their grandfather had given them a rowboat that year and the young Karlsons were always on the water, trying their hand at being fishermen. Nearly every day Captain Holston would cruise past the beach from which Karlson launched, and passengers would take photographs as the kids proudly held up the fish they had caught.
Turn the clock forward to 2016. "Rob knew me as a good student,” Karlson said. "It’s a small town, and he was looking to sell his company. He had heard I had my captain’s license and asked me to do some work for him. I didn’t know what to expect, but after my first season, I discovered I loved it. Now, I’m the captain and the owner. What a strange, serendipitous circle!” Karlson purchased the company in 2018.
In Lighthouse Excursions inaugural year, Ketchikan hosted about 400,000 to 500,000. Now that number is over one million, Karlson said. With that many people coming to a community of just over 8,000 people, it might seem easy for guests to get lost in the crowd. But for every person who takes a trip out on the Lighthouse, Totems, and Eagles Excursion, Karlson and his crew bring them a family-feel, and the experience of being a local for the day. 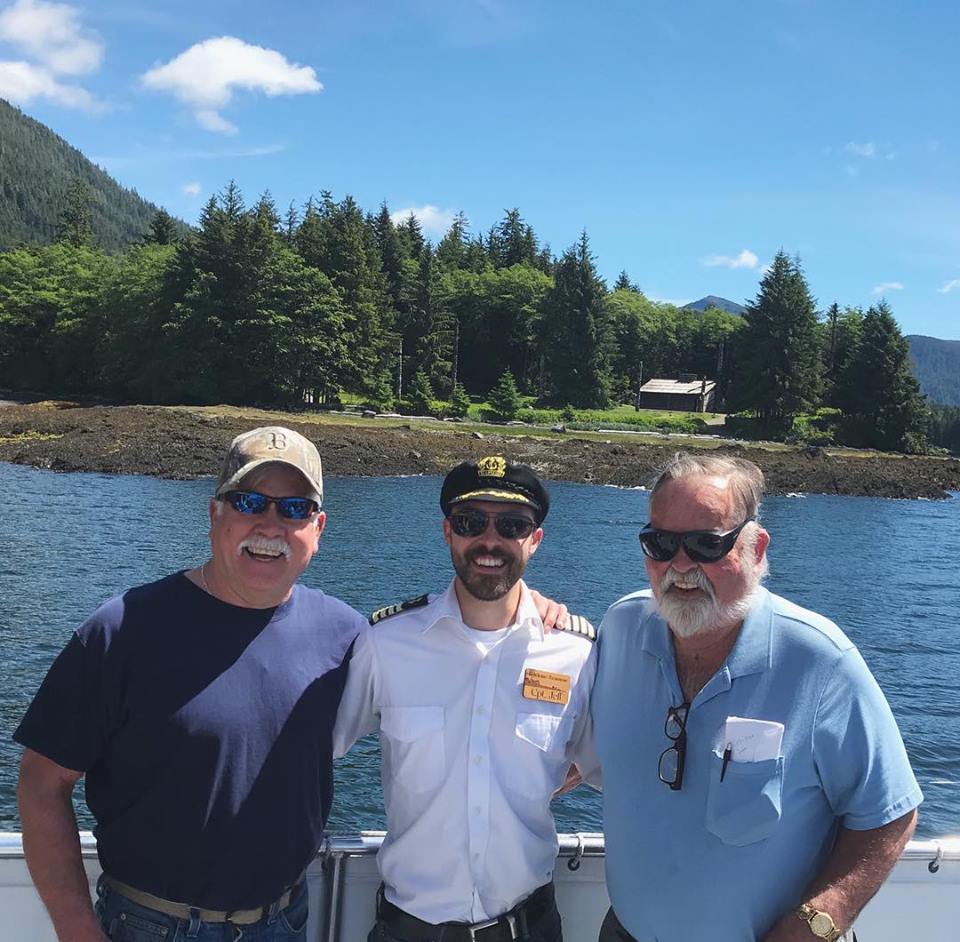 Jeff Karlson with his father and grandfather, three generations of Ketchikanites!

It’s the family feel that Karlson likes best about his hometown.
"I can’t imagine living anywhere else,” he said. "I’ve tried.” Karlson is also a classically trained musician. In his junior year of high school, he left Ketchikan for Michigan to attend the Interlochen Arts Academy. He then got his Bachelor’s degree at Lynn University in Florida, and completed his education with a Master’s degree in Trumpet Performance from the Manhattan School of Music. "While I loved the Manhattan area, it cured me of ever wanting to settle in a city. So I returned to Ketchikan. But I realized I couldn’t make a career of playing trumpet on this tiny island, so I got a captain’s license.”
But when Karlson isn’t on the water, he’s still playing his trumpet. He performs as the principal trumpet for the Juneau Symphony and in a handful of Ketchikan’s community bands. "I love the challenges of operating a vessel. I love being out on the water, but because it’s seasonal I also get to play my music.”
One of the things Esbjornson says she most loves about Ketchikanites is the diversity of skills so many of them acquire, which she theorizes might be due to the remote lifestyle of living on an island. "If a job needs to get done, it needs to get done. It’s not completely uncommon to find a musician who’s also a boat captain, or a photographer who’s also an electrician, or a server that can also fix cars.”
Esbjornson grew up in Montana and went to college in Washington state. She arrived in Ketchikan for seasonal work in 2008, just after her graduation from Pacific Lutheran University. She said she originally thought she would only stay for a summer, but before she knew it, the strong sense of community and the beauty of the surrounding wilderness had her "hooked.” She’s now been living in Ketchikan for over 10 years. When Karlson recruited her to help him run his new company, she was excited to help share the uniqueness of Ketchikan’s community with guests to Alaska.
"I’ve lived and worked in other communities, but Ketchikan is different,” she said. There’s a true community spirit here. It’s a place where you really do know your neighbor.”
In many cases it’s a neighbor who is part of the crew.
"We do have some great seasonal workers on our crew, but we’ve been lucky to be able to hire mostly local staff. People who grew up here naturally bring that passionate, personal feeling to their interaction with the area,” Karlson said. "They have a particular love for Ketchikan and the nature right outside our front doors. Translating that feeling of community is easy when it’s just part of who you are.”
It’s not just the community and family-feel that drives Karlson and Esbjornson. They both said bringing guests out on the water continually reopens their eyes to the beauty of the place they get to call home. There is unique emotional bond between crew and passengers as they view new and amazing sights during an excursion.
"I’ve had people weeping in my wheelhouse as they see an eagle or a whale for the first time,” Karlson said. "Every day by proxy I get to see it for the first time, too. It’s a unique experience to get to share sights with someone who’s never seen it before, sometimes even things I rarely get to see. I just never get sick of it.” 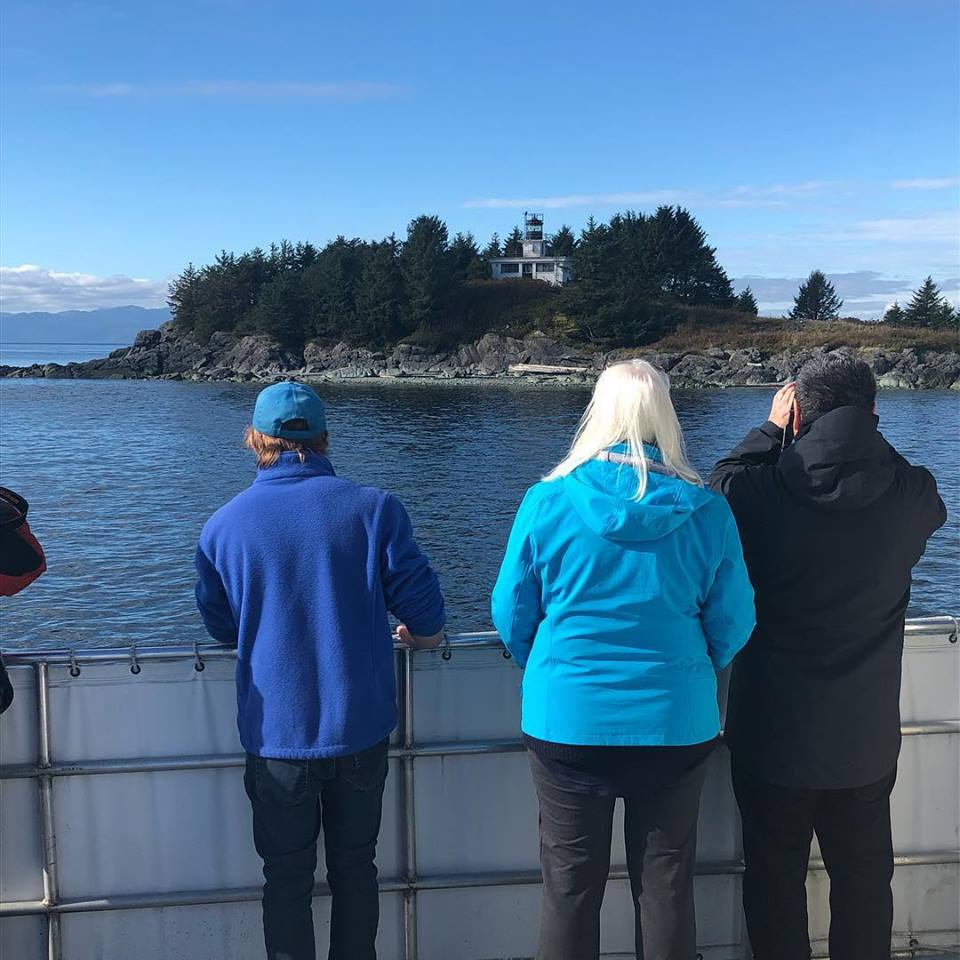 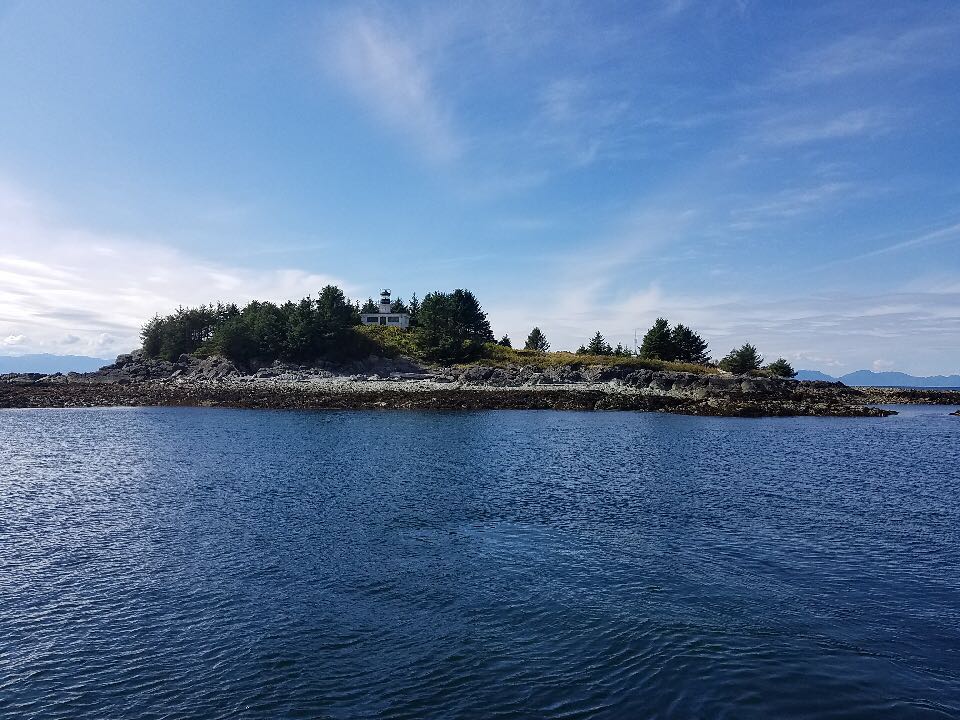