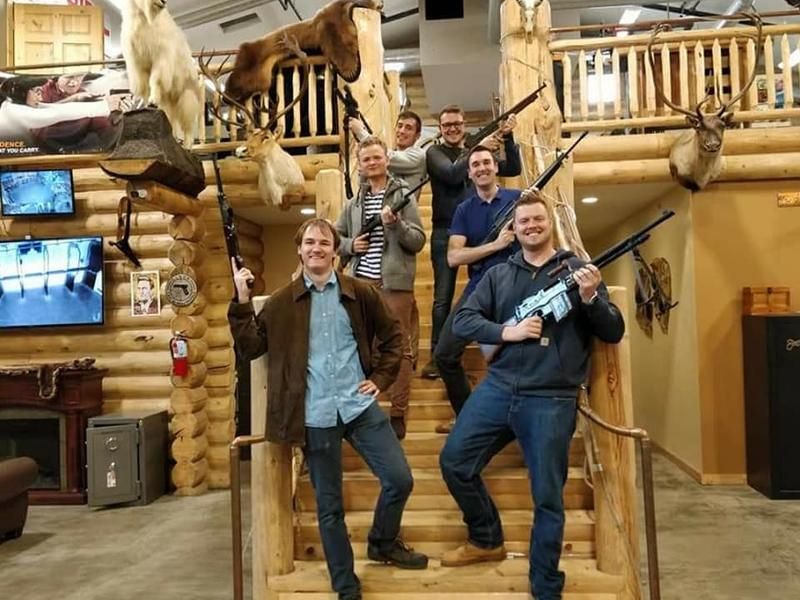 Top Activities & Things To Do
In the Hunt for a Gun? Jason Tarver and Mercantile & Armory Has Your Quarry
Jason Tarver did not grow up in Juneau, but he can't imagine living anywhere else.
Tarver, who grew up in a what was then a rural area 20 miles north of Phoenix – "It's probably part of Phoenix now," he said – has lived and traveled all around the world. But 25 years after he arrived in Alaska following his world travels, Juneau has become home.
"I immediately liked Juneau because of the hunting and fishing," Tarver said. "It's still a mecca for hunting and fishing, but you also have to have a lot of self-responsibility. You could die out there if you're not prepared."
"But Juneau is a place where you can't go anywhere without running into somebody you know. It's diverse for a city of 30,000. There are great music and theater. There's just a lot going on here."
The journey of Tarver, co-owner of Juneau Mercantile & Armory, is long and varied. He sang and danced with the popular "Up with People" touring ensemble when he was younger, he spent the better part of a year working on a kibbutz in Israel, and he worked for Americorps, a national community service organization, in Hawaii. In Hawaii, he then "became a bum for three months" before he decided to return to the mainland.
Click here to learn more about the Juneau Mercantile & Armory and book several excursions online.
"I wanted to get back to the States and I fell in love with Alaska," he said.
He has made Juneau home ever since.
But his route to owning a gun shop was somewhat indirect. He was a firefighter for 18 years, -- he still operates the airport fire truck – and was operating manager of a rafting, kayaking and canoeing company. Then a friend approached him about setting up a septic service in 2003. Juneau Septic Services is still operating.
Yet another friend suggested they go into a business owning a gun shop.
"I said, 'there's no money in gun stores. It's all Internet sales,'" he said. "But once he pitched the idea, I was in."
Tarver described Mercantile & Armory as being in a "beautiful building, with lots of cool firearms." 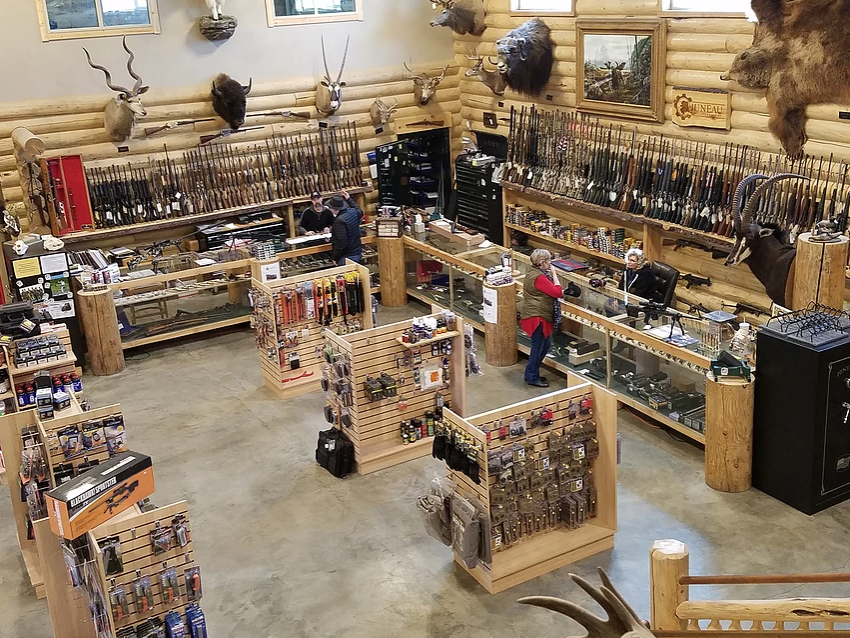 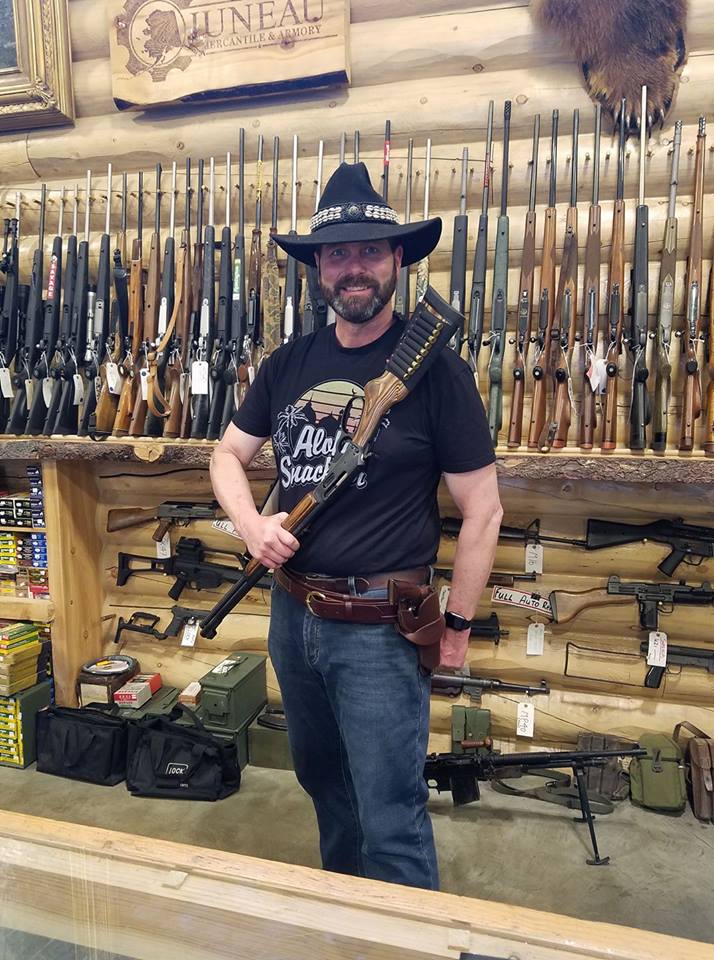 "We're a full retail store with an indoor shooting range and an archery range, although you have to bring your own archery equipment," he said. "The shooting range can handle everything from handguns to long guns and full automatics."
The store also offers gunsmithing and shipping. All employees are local, something Tarver is especially proud of.
"It's the locals who have been keeping this thing going," he said, adding that he'd eventually like to sell his wares on cruise ships.
Tarver has been around guns since his boyhood in Arizona. His introduction to firearms came during hunting seasons. He said hunting with his five brothers was always a competition.
"Shooting has always been in our family," he said. "But now it's mainly for pleasure."
His favorite gun?
"The one the customer is buying," he said with a chuckle. "But if there were a zombie apocalypse or something, I'd probably want a Magnum. But a .22 is fun. It requires discipline. If it's duck hunting and I had to make a choice, it would be a .22 long rifle. I could shoot that all day."
"But when it comes to guns, knowledge is power. You have to know what you're doing. Once that bullet leaves the muzzle, you can't take it back. You have to give firearms the utmost respect. But at our place is a great place to learn. It's a controlled environment where you can learn the do's and don'ts." 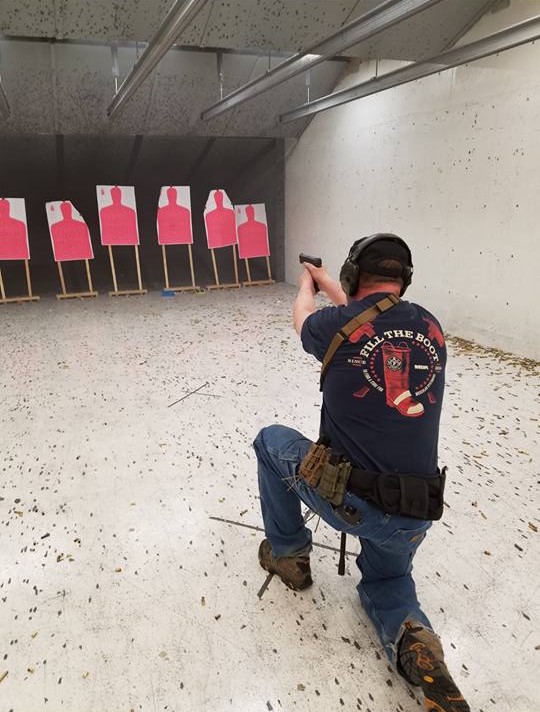 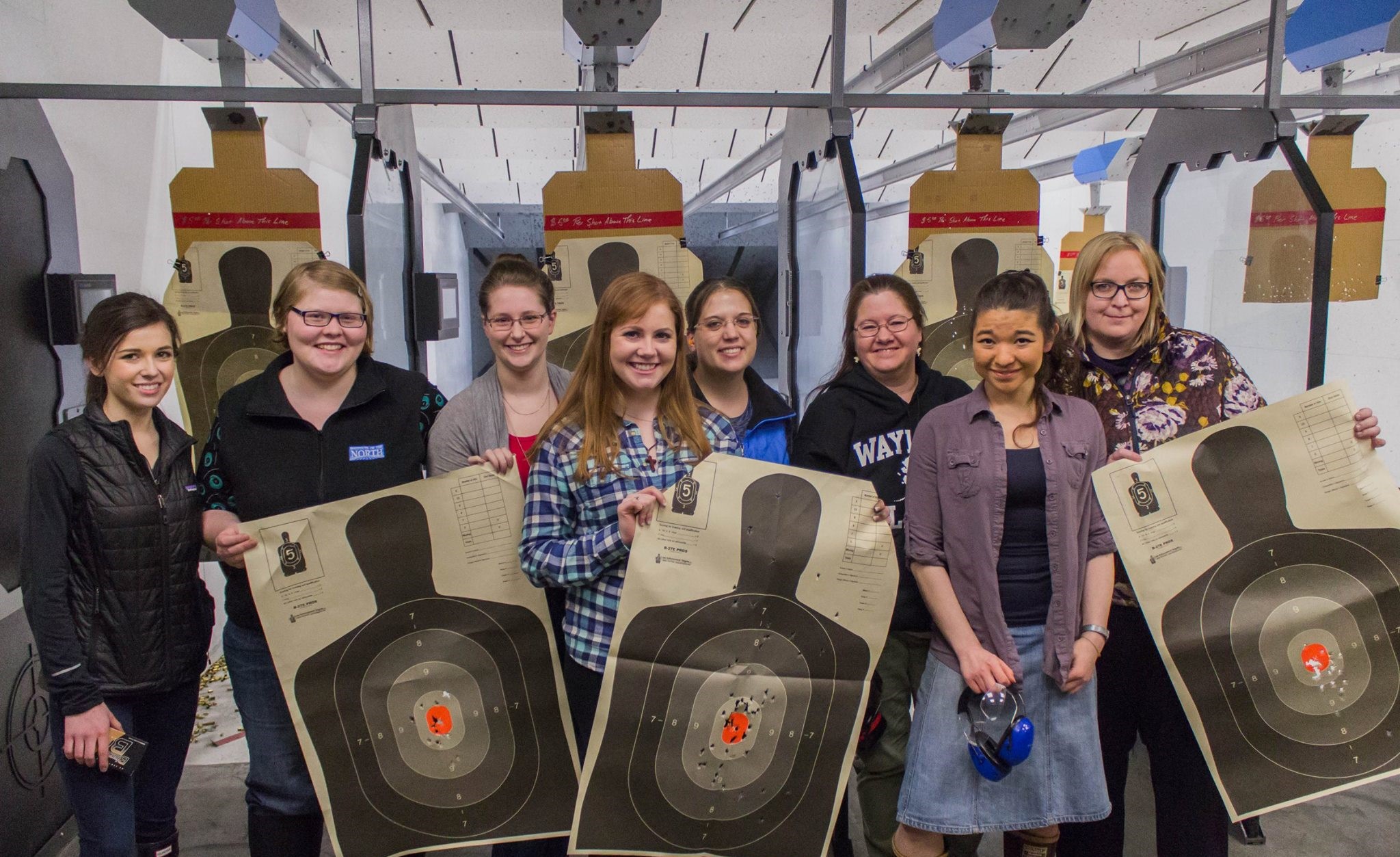 Indeed, Tarver said the worst thing anyone can do is take a gun for granted.
"My biggest battle is with complacency," he said. "I even have to remind myself sometimes to pay attention to all the safety features. The gun has to be respected. It's just like getting into a car. You have to be aware of the safety features and your surroundings."
Teaching gun safety is one aspect of owning a gun shop as well as having detailed information about the firearms themselves. When hunting, Tarver favors targeting moose, often with a group of fellow hunters.
"Moose is my favorite," he said. "Moose is the closest you can get to the taste of beef. People can go out by themselves but the way we do it everybody gets involved. But to me, it's moose, hands down."
As far as his off time, Tarver can't identify what exactly he does. "I don't know what not working means," he said. "If I'm not at the gun store, I'm at the fire hall or with family."
But Tarver adds another element of working at the gun store. He meets a lot of new people, especially during the cruise season. Tarver likes people and never met a person who wasn't a friend. "As they say with 'Up with People,' you meet them everywhere you go," he said. 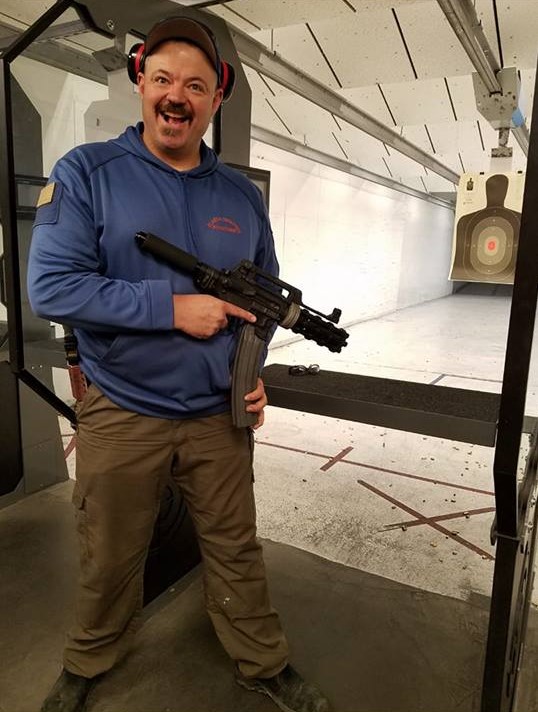 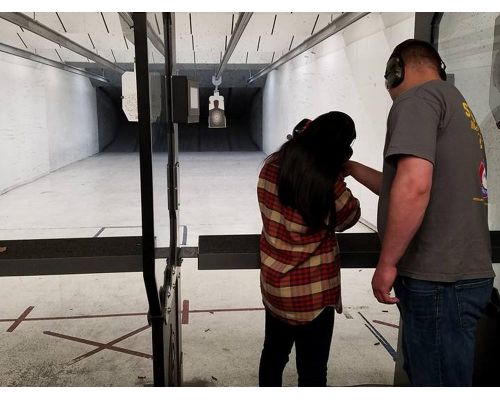 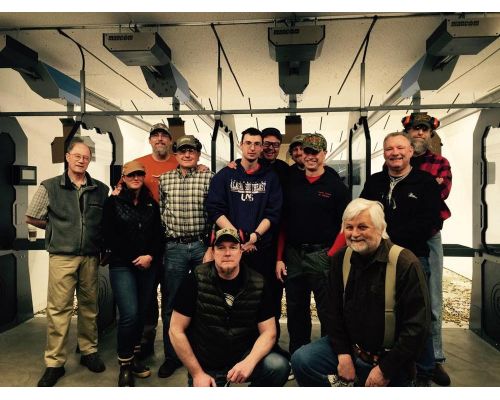