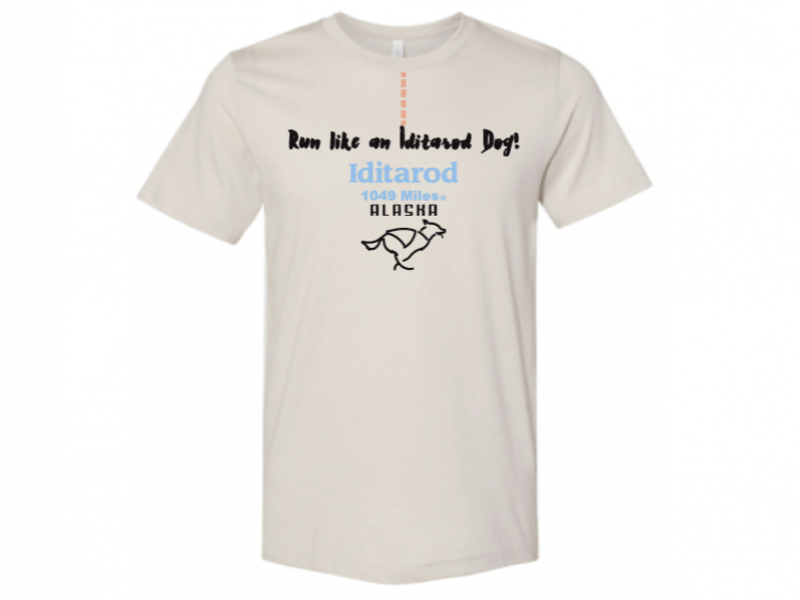 Enjoy this great extra-soft t-shirt with the text "Run Like An Iditarod Dog" and the text "Iditarod 1049 miles Alaska" in the center chest.