Enjoy this fun Red Lantern Iditarod mug featuring the famed red lantern information. The mug has the Iditarod logo and the text "Red Lantern Award" on the front of the mug and a brief description of the Red Lantern award on the back of the mug.

This is a standard mug size.

The Red Lantern is an award given to the Iditarod's last place finisher. The tradition dates back to 1953, when the first red lantern was given as a joke at the Fur Rendezvous Race in Anchorage. The award was eventually passed on to the Iditarod when the race began in 1973.

Over the years the Red Lantern Award has become a symbol of perseverance and determination. Today’s mushers feel a proud sense of accomplishment when receiving the Red Lantern Award. The winner of the Iditarod usually takes eight to 10 days to complete the race. The slowest Red Lantern winner was John Schultz, in 1973. He took 32 days, 15 hours, nine minutes and one second to reach the finish line. The quickest Red Lantern musher was Marcelle Fressineau, in 2014, with a time of 13 days, four hours, 42 minutes and eight seconds. 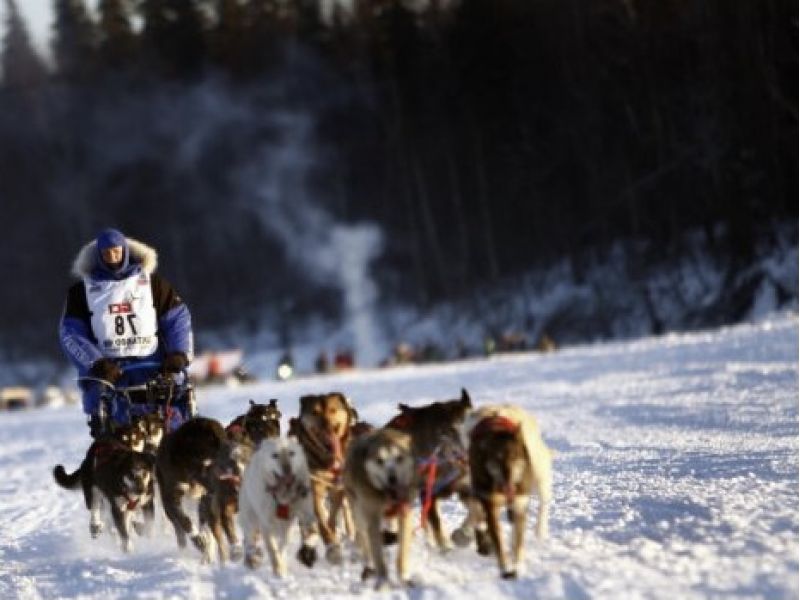 Since the Iditarod's first run in 1973, the Iditarod Trail Sled Dog Race has built a massive loyal fan base from across ...