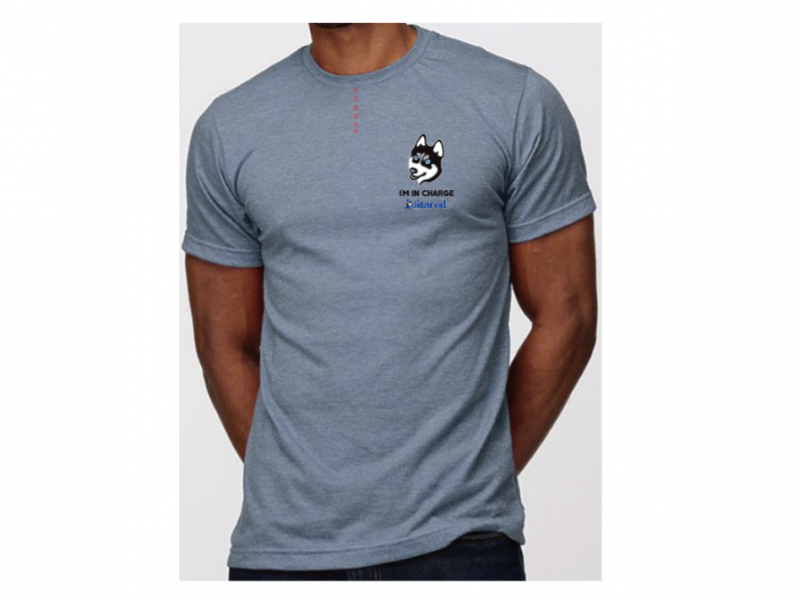 Enjoy this humorous t-shirt in soft heather blue that says "I'm In Charge" with the Iditarod logo printed in the front / center of the tee, referencing all the champion lead dogs of the Iditarod racing the trail each year.

A lead dog refers to the dog that leads a sled team, setting direction and regulating speed, an integral member of the team granted significant responsibility for keeping the team motivated and moving smoothly.

Celebrate all the lead dogs in your life!