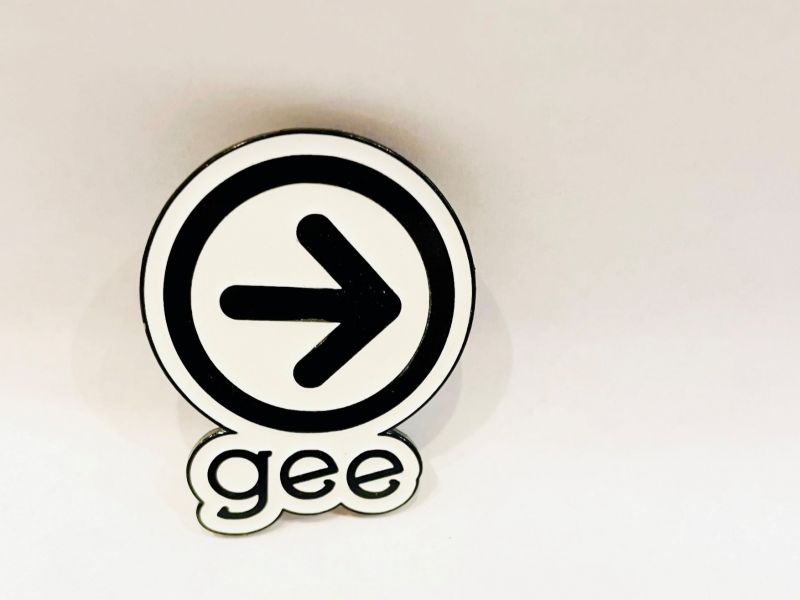 Enjoy this great pin featuring the word "gee" (meaning "turn to the right" in musher speak.) And the best part, the pin glows in the dark!!

The Iditarod Trail Sled Dog Race started in 1973, is an annual 1,049-mile sled dog race run in early March from Anchorage to Nome, Alaska. Mushers and a team of dogs cover the distance in 8–15 days or more, sometimes through blizzards, white-outs, and sub-zero temperatures that can reach -100 Fahrenheit.