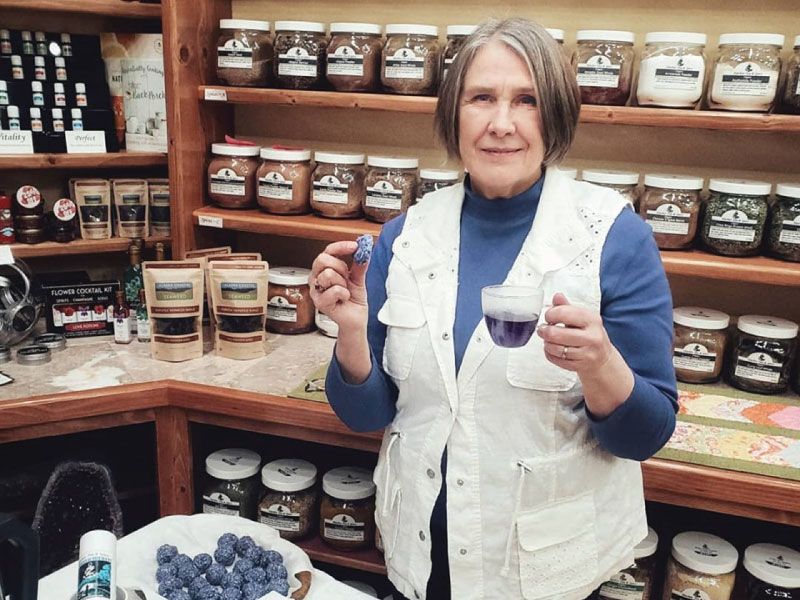 Local Owners
Harbor Tea and Spice Offers a Cozy, Spicy, Tea-Infused Experience
For Janice McCann, the ritual of drinking tea is almost as magical as enjoying the Juneau scenery.
"It's mystical, it’s just so peaceful," McCann said of Juneau. "I love Juneau because the landscape is so much bigger than the people. It's almost like one of those Chinese paintings with the big mountains and the small human figures."
"Alaska is just filled with grandeur."
McCann is a Montana native who re-located sight-unseen to Juneau with her husband Michael in 2015. Moving to Alaska came almost at random. With their children grown and out of the house, the McCann’s decided they wanted to move someplace that was compatible with their need for mountains and being near the water.
"We didn’t know anybody, we had never been to Juneau before, so we just went for it," she said. "My husband comes from a Coast Guard family, so he likes being near the water, and I like the mountains, so we both have what we want." The McCann’s are owners of Harbor Tea and Spice, a shop located at 175 S. Franklin St. in downtown Juneau, inside the historic Senate building. In addition to traditional teas, the shop also features their own blends of herbal teas and spices made by the McCann’s themselves.
Here you can check-out local items for sale at Harbor Tea & Spice's e-commerce store and buy online.
"We have a really nice selection, and we get a lot of compliments," she said.
Of course, there are two kinds of people in the world: Those who prefer coffee, and those who like tea. For McCann, it’s mostly an either/or proposition.
"It depends on prejudice," she said. "I've had people come into my store and say, 'I can’t stand tea, I’m a coffee drinker,'" she said. "I prefer to drink tea during the day, but I do drink coffee in the morning. It really depends on what people are willing to try. There can be some prejudice for one or the other, for sure. But a lot of people come in and say, 'I'm tired of coffee. What kind of tea should I drink?'"
That question could lead to dozens of answers at Harbor Tea and Spice because of its wide selection. McCann understands those who want something other than coffee, adding that the experience of drinking tea is much more relaxing than drinking coffee.
"With coffee, we want that shot in the arm, to get it fast," she said. "But with tea, it's like a hot air balloon. You get a nice smooth ride up."
As opposed to drinking coffee, McCann views tea drinking as a kind of ritual, one that really doesn’t happen by drinking the quick jolt of joe. There is a certain Zen-like experience to drinking tea, she explained.
"To really enjoy tea, you need to enjoy the ritual and relax," she said. "There have always been rituals associated with tea in China and Japan, and the English sit down for tea time for a good conversation. It’s about relaxation."
Riding that tea-infused hot air balloon is easy at Harbor Tea and Spice. The shop is filled to the ceiling with different types of teas. "The variety is vast," McCann said. For example, there are several versions of Oolong tea, a brew that, she said, is "in a category of its own teas."
McCann described her shop as "homey and cozy," a place where visitors can shop and enjoy the scents of dozens of teas and spices. 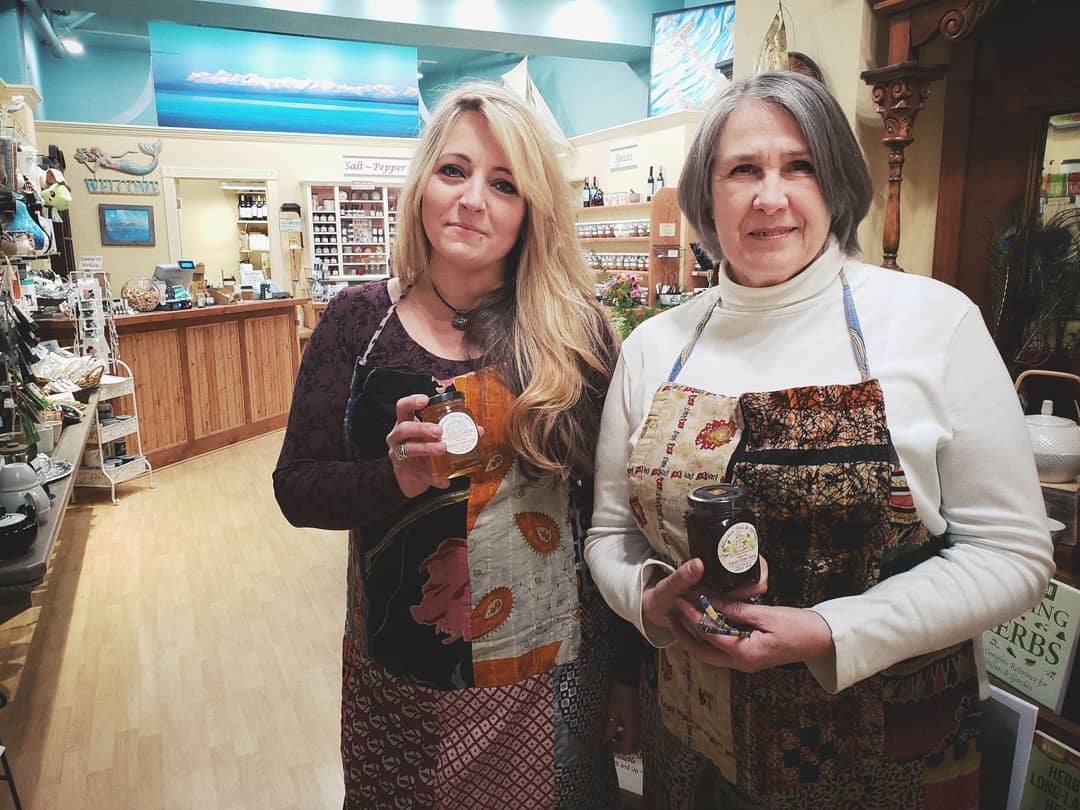 "It’s not a big store, but we've got lots of stuff crammed in it," she said. "We have every nook and cranny filled. We have one whole wall dedicated to herbs and spices. The place has a lot of character. People come in and they love its bright yellow walls and blue-green ceiling. It always smells good because of people opening the spice jars. Some of them don’t have much time to shop, but they say, 'I'd love to come back.' People really enjoy the experience."
The McCann's opened Harbor Tea and Spice in 2017 when they purchased the inventory from Red Onion Spice and Tea, which is still located near the Mendenhall Glacier, about eight miles north of Juneau.
Meanwhile, Janice and Michael couldn’t be happier with their decision to move to Juneau. They like the fact that it is a small community but has many performing arts opportunities and other cultural amenities generally associated with larger communities.
"As a community, Juneau is very friendly," McCann said. "They are friendly and helpful. They’re pretty salt-of-the-earth. It’s a great community. The community hangs together quite well, and the business association works hard to help businesses expand and reach out to the community to bring business in."
"The only thing I don’t like is that in winter, after tourist season, lots of shops shut down," she said. "Our shop is open year-round."
McCann said they are currently developing their website, and they also run local television ads to help the shop become a regional attraction.
"We get people from Ketchikan, Sitka and Petersburg," she said. "We reach out to all of southeast Alaska. We want to be a regional store. It's been two years in the making, but we're trying to develop our vision."
So far, though, that broad reach has not attracted many memorable customers.
"If they came in here they snuck in," she said.
But Michael had a different view. 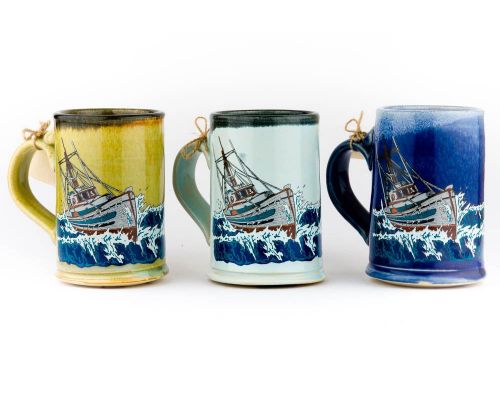 If you are in love with the sea as much as we are then this mug is for you! Handmade by local Juneau artist, Herb Bonnet in several colors. Each... 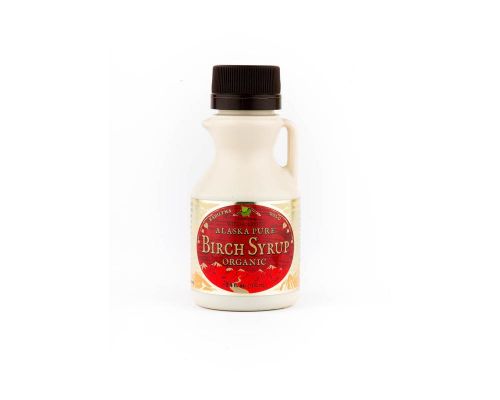 Our breakfast syrup is a blend of birch syrup and organic cane sugar, providing a lower cost option for those with kids or a lighter palate. It is mil... 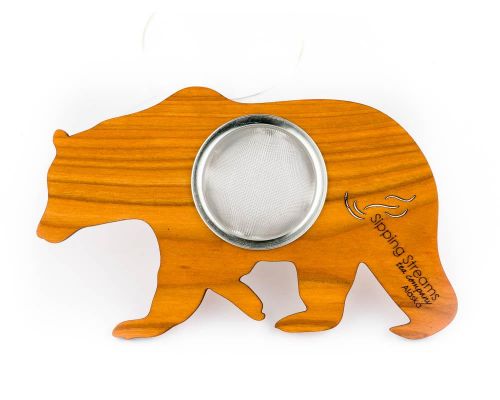 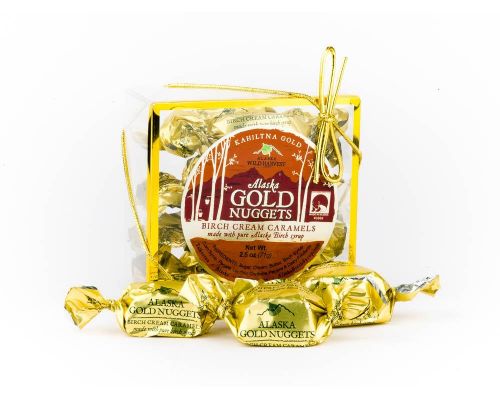 Who isn't in the mood for hand made Alaskan cream caramels! We sure are! Enjoy these on the go any time of the day for a little pick me up.   O... 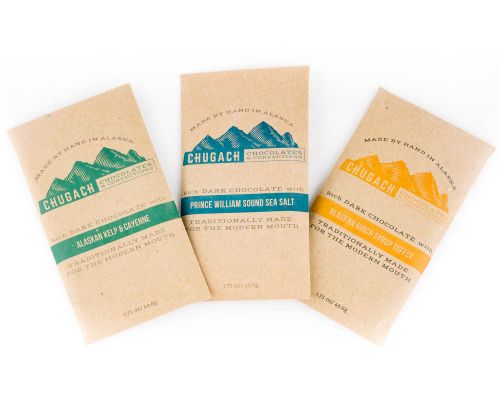 These mouth-watering chocolate bars are handmade in Alaska with many Alaskan grown ingredients. Take a piece of Alaska home with you or enjoy one duri...