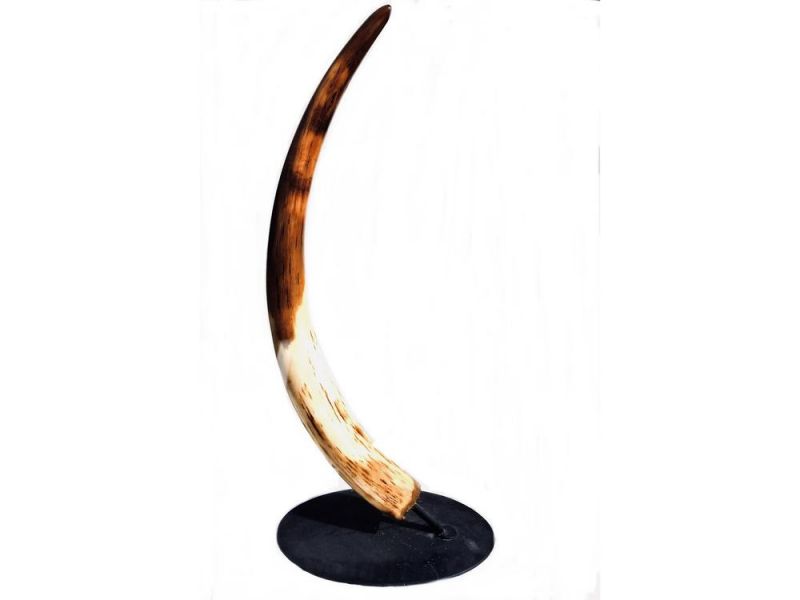 By Back Alley Rock Shop

This is a beautiful female tusk from the Kobuk Valley in Central Alaska.

Mammoth's roamed Africa, Europe, Asia, and North America until the last ice age, becoming extinct about 10,000 years ago. For thousands of years tusks in Alaska, Canada, and Siberia remained well preserved in the permafrost, only recently unearthed and may range in age from 10,000 to 200,000 years.

Often mammoth tusks are found by gold miners during the course of their placer mining activities or during the spring floods that wash tusks from frozen river banks.

Each tusk is unique and can come in dark browns, tans, blues "blue ivory", and even greens, which is very rare. The color of the tusk depends on where the tusk was found and the types of minerals that were present in the soil.

Mammoth tusks are very large and can weigh up to 300 pounds each and measure over 16 feet in length, a true testament to Alaska's grandeur and ancient history. 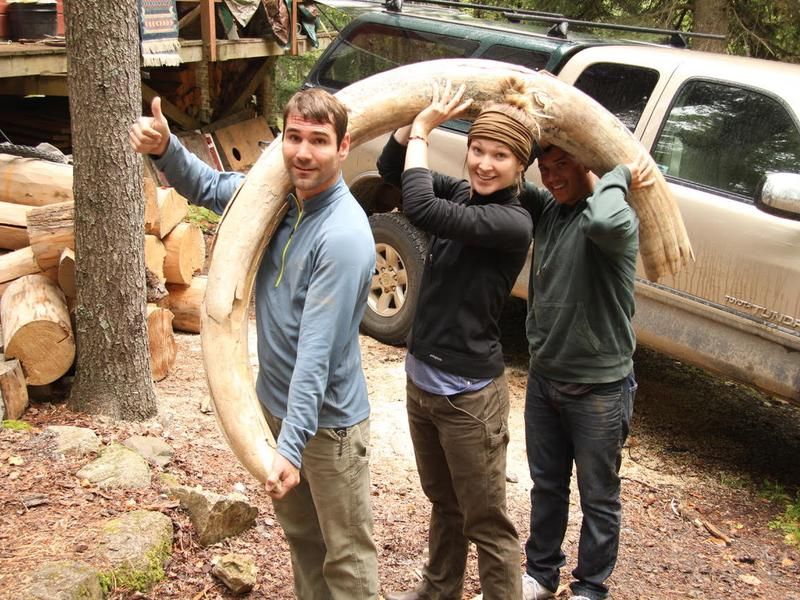