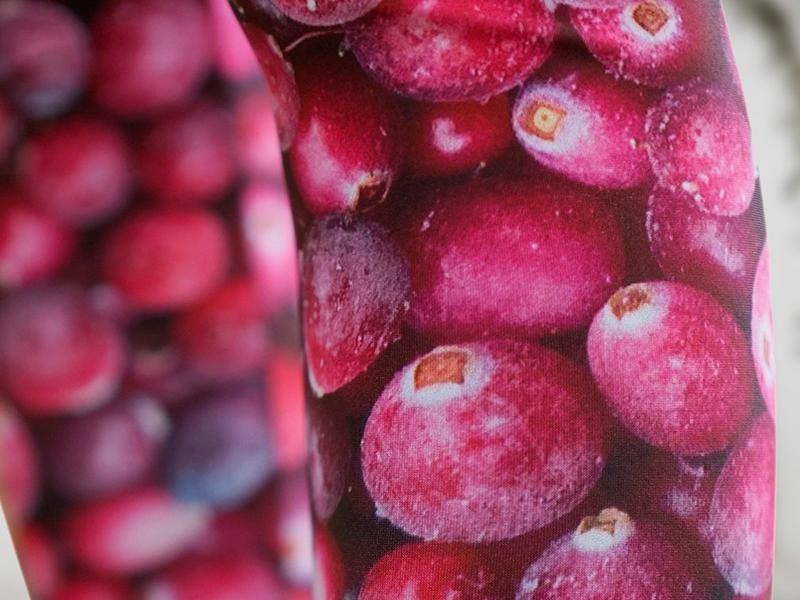 Brett Wilcox is not one to turn down a challenge.

He is a mental health professional, a runner who has run across the Continental United States with his son, and an adventurer who wants to conquer the Ecuadorian countryside in his next quest.

He speaks fluent Spanish, is a member of Sitka’s New Archangel Dancers troupe, and he designs leggings, lots of leggings, at his small store.

"Our store is truly as mom and pop as it gets,” said Wilcox, whose store is located at 102 Lincoln St. in Sitka. 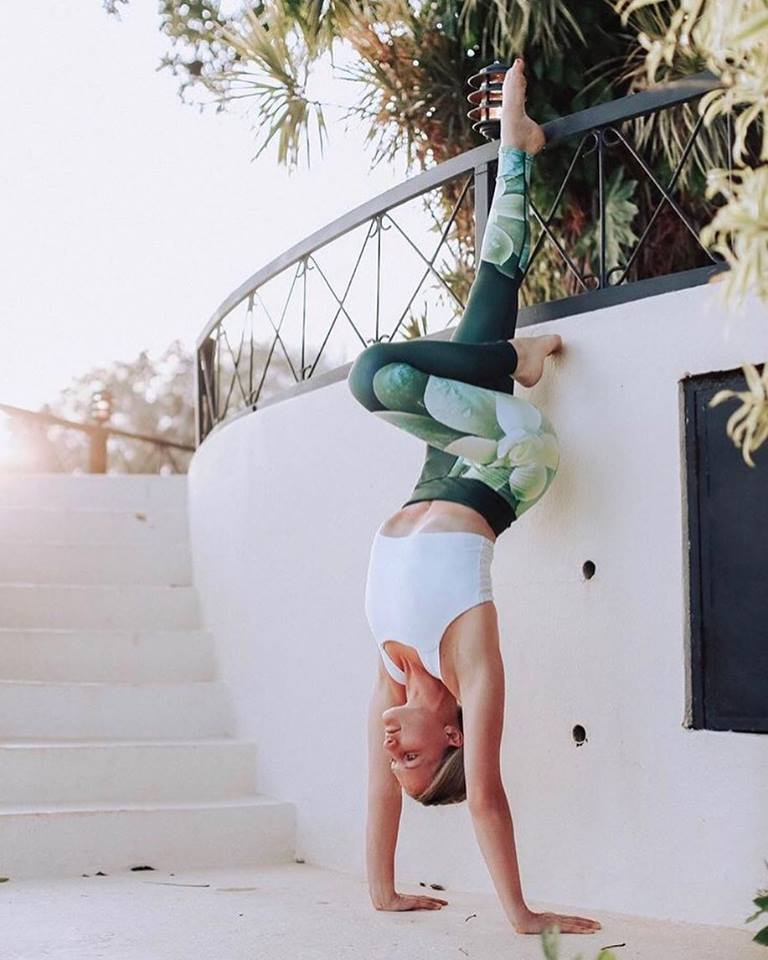 Wilcox, a Wyoming native, was living in Utah when a friend told him he would love Alaska, and thus began a love affair with Sitka and everything Alaska has to offer.

"We moved pretty impulsively,” Wilcox, a mental health specialist, said. "I left my job in Utah on a Friday and was working in Alaska the following Friday.”

Wilcox, who lived in Japan for five years as a teacher, has lived in Alaska for about 20 years. He has never regretted the move.

"I love being able to walk out my front door and know that I can encounter a deer,” he said. "Here I can go on a morning run and I’m in the forest. I can bike to work, which I really appreciate. When I lived in northern Utah you had to commute.”

"The people here are very friendly. People like each other and treat each other well. It’s a great place to raise a family.”

"We did it because my son David wanted to do it,” Wilcox said. "I had shown him an article about an 18-year-old girl who had run across the country, and he said, ‘I want to beat her, I want to be the youngest to do it.’ He was 15 and we had shown him the article when he was 13.”

After extensive training over the next two years, Brett and David began their odyssey in California and ran to New Jersey, running an average of 20 miles a day six days a week for six months. The rest of the family followed them in a trailer where they all lived during the trek.

"It was hard, it was grueling,” Wilcox said. "It was a powerful experience. It definitely enhanced our relationship with the family and our two dogs. We were eating together, living together. You have to get along or you’re going to kill each other. But it really gave us the opportunity to be close together for those six months on the road.”

The Spanish-speaking Wilcox wants his next adventure to be in Ecuador due to his love of the culture, the food and the amazing mountains.

"The prospect of living at 6,500 or 7,000 feet altitude, where you can practically take off your clothes and run up a mountainside, is very appealing to me,” he said. "I love Latino people very much. The culture, the food, and Ecuador has mountains, a lot of mountains.”

Wilcox, a mental health professional who works with troubled teenagers at SEARHC, the Southeast Alaska Regional Health Consortium, took the challenge of creating and designing leggings for women, as well as men, "the sort of thing that surfers would wear on their upper body,” as a sidelight, a hobby, to augment his professional vocation.

Wilcox and his wife, Kris, run 57 Peaks together.

The company has attracted women from across the United States who want high-quality leggings. 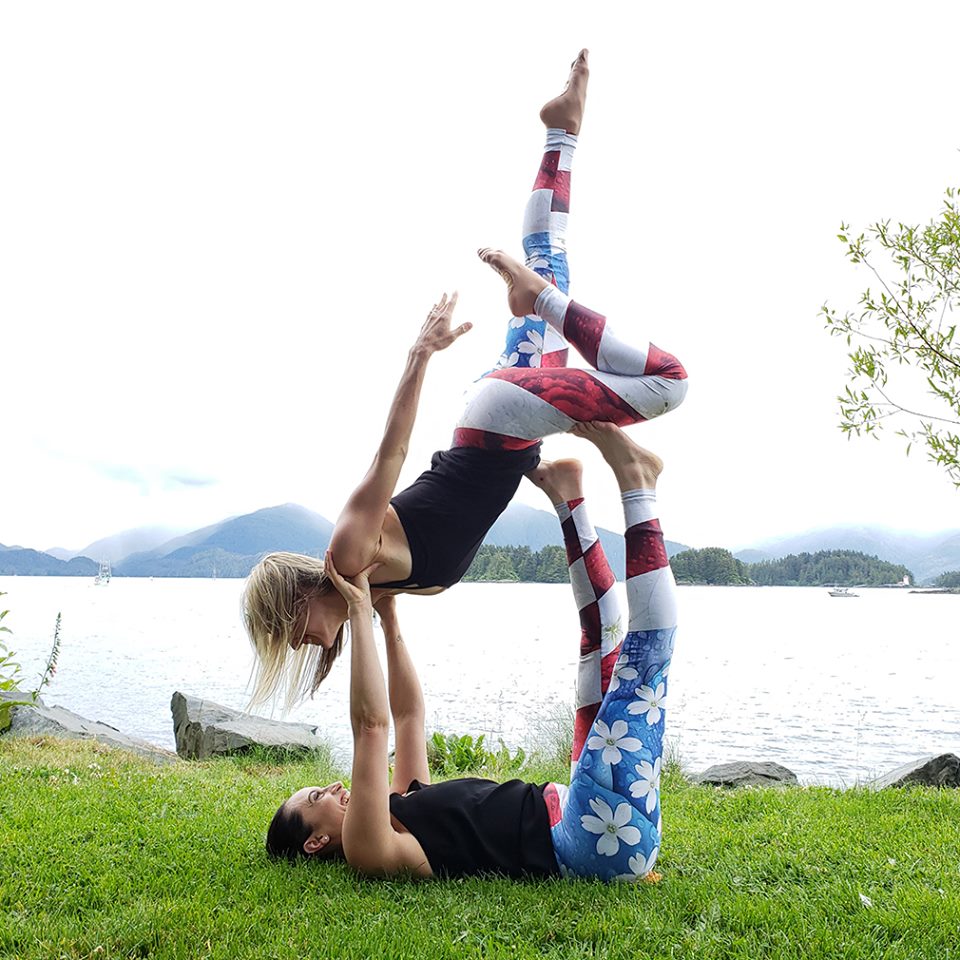 "Our best-known customer is one of the most well-known huntresses in the United States, Judy Rhodes,” said Wilcox, who personally designs leggings for her. He designed one pair with antlers and horns and another with a cheetah pattern.

Wilcox does have a taste for designing unusual patterns. For example, he was inspired by a piece of driftwood he found "that looks like you are peering beneath the skin of a human body and into the bones.

"Even though I thought it was amazing, it was kind of bizarre,” he admitted.

"But it drives me. I love creating new designs.”

While he himself has a taste for the odd, 57 Peaks offers an incredible assortment of leggings for all tastes.

"We sell an elite product for people who want to have the best, that’s what we sell,” Wilcox said. "I’ve compared reviews from our store to other stores and we beat the major brands. When women come into the store and say, ‘why are your leggings so expensive?’ I say, ‘touch them.’ And they say, ‘I want this.’” 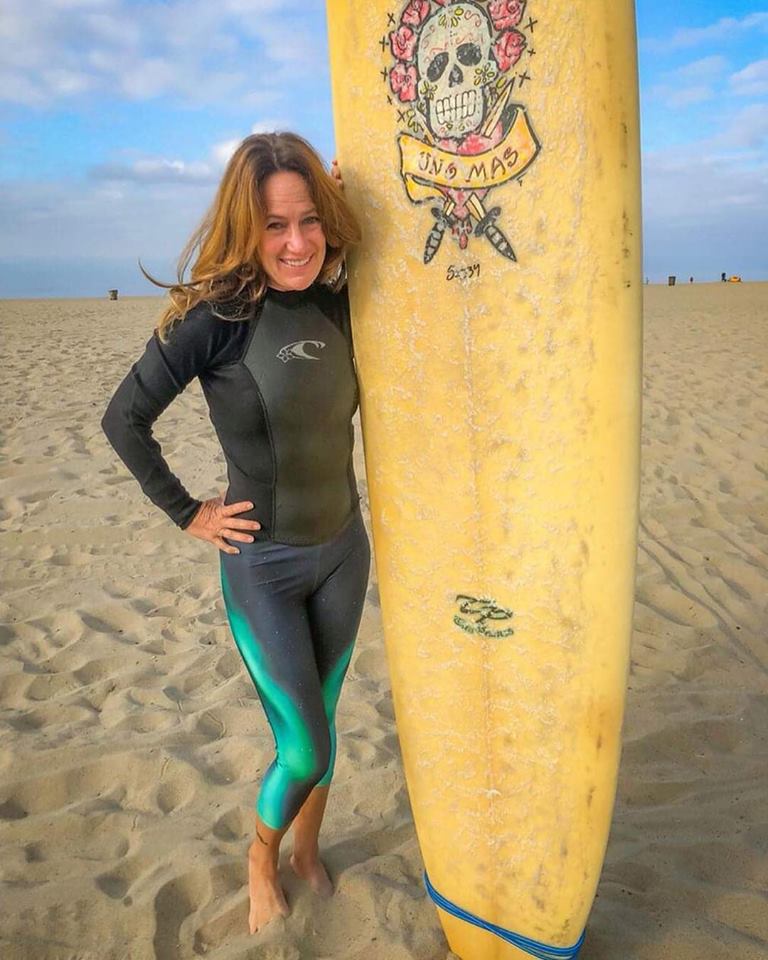 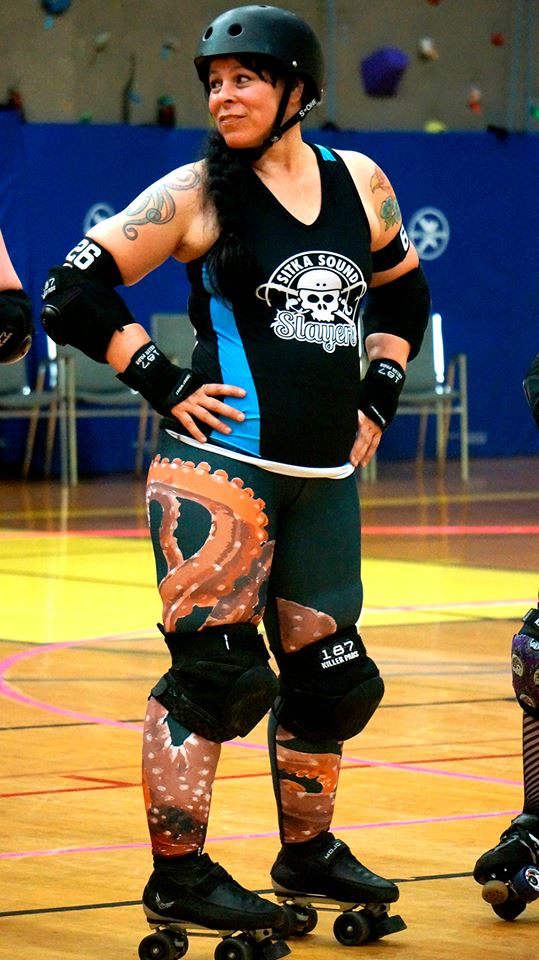 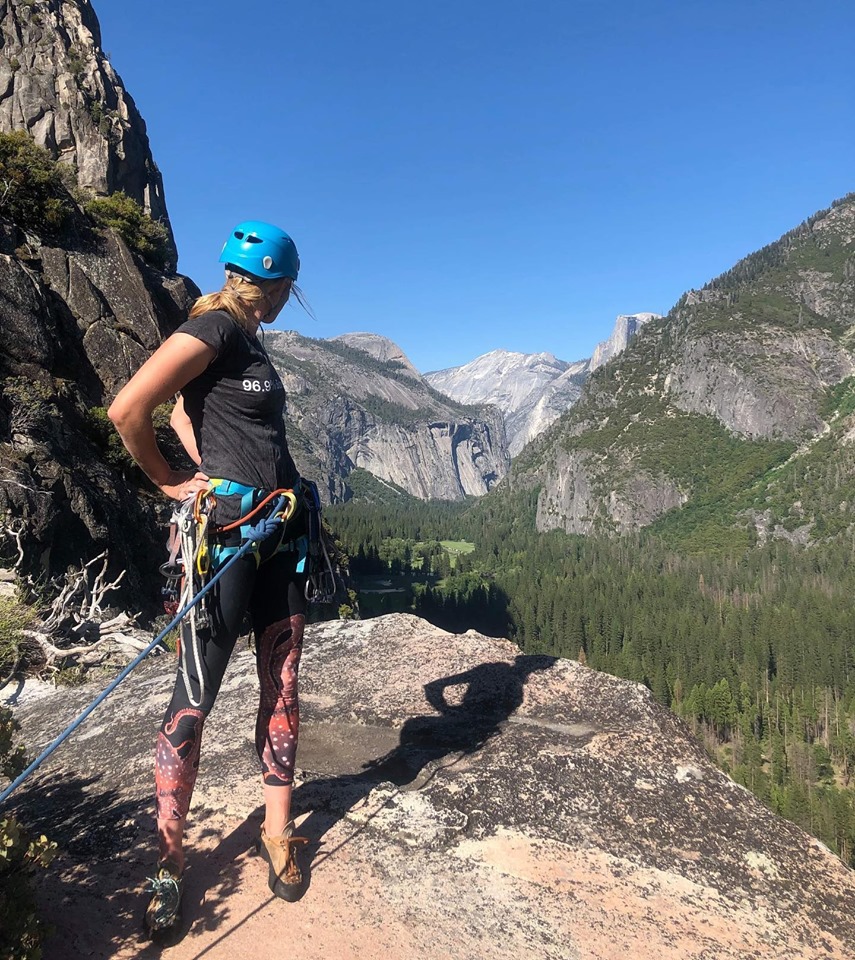 "People love the designs and the customer service. Our customers are often repeat customers.”

Indeed, customer service is so important to Wilcox that he makes his cell phone number public. "Use my phone number, 907-623-8218, any time. When the store isn’t open I’ll be happy to come down and open the store so they can see how leggings can work for them.”

When customers buy the leggings, whatever the pattern, they’re always satisfied, he said.

"The store’s origins are in Sitka. When people buy our leggings, they’re getting a part of Alaska, a part of Sitka.”

In the meantime, Wilcox will enjoy this year’s Sitka summer and keep designing the patterns that are driven by his imagination.

"When I get an email saying, ‘I love your designs,’ that’s quite gratifying, he said. 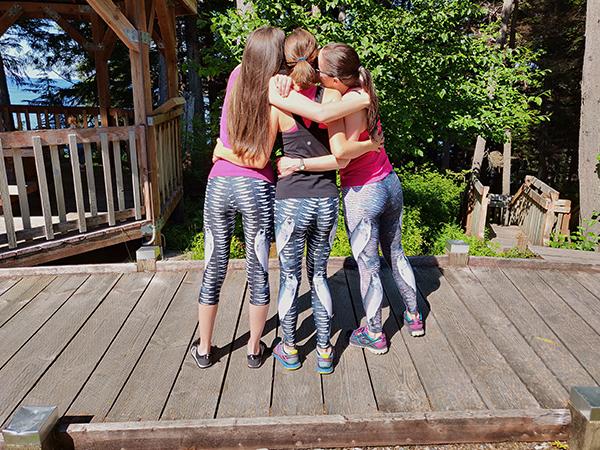 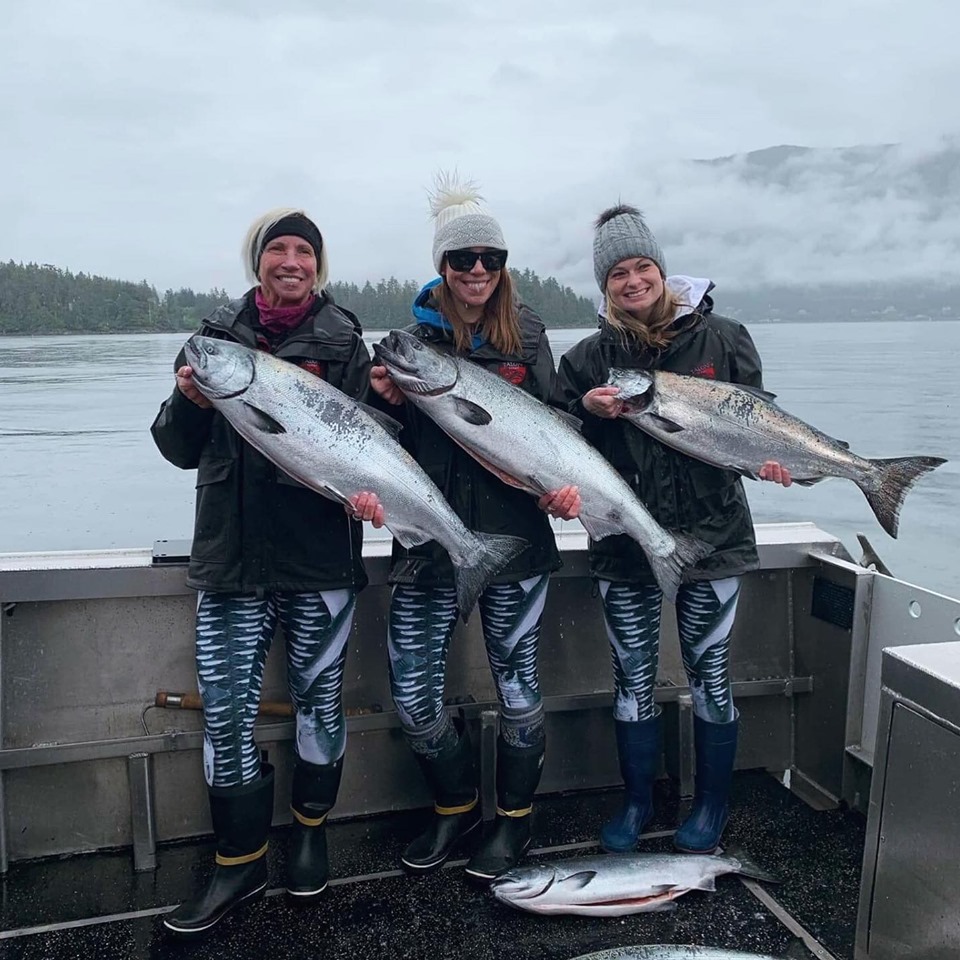 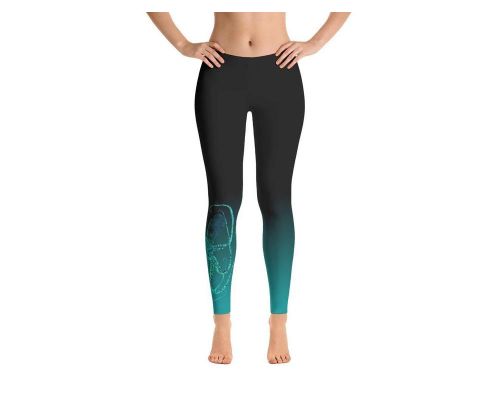 King salmon come to spawn in Alaska and it is a sight to see! They are truly one of our world's most impressive creatures, sometimes swimming 2,00... 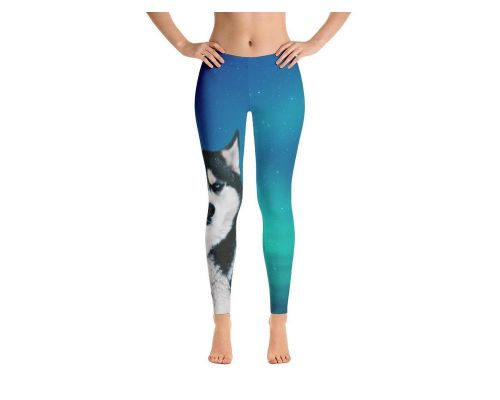 The Aurora Borealis or Northern Lights provides the perfect backdrop to this blue-eyed Alaskan Husky. Together, these two natural beauties create a st... This Aurora Borealis design features a shimmering green wave extending up the outside of each leg, evoking the feelings you might have admiring nat...